A Chorus Line for Parramatta 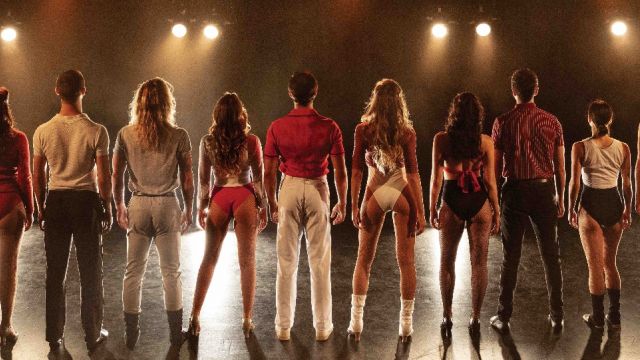 Riverside Theatres, in partnership with Sydney Festival, is thrilled to announce the Australian premiere season of the much-anticipated Broadway smash A Chorus Line as part of its dazzling 2022 program.

Darlinghurst Theatre Company’s new production of the Tony Award-winning musical, which was originally slated to open last year, is now set to kick off at Riverside Theatres in Parramatta on 6 January.

“We are overjoyed to welcome this exciting new production of A Chorus Line to Riverside Theatres and celebrate our ongoing partnership with Sydney Festival,” City of Parramatta Lord Mayor Cr Steven Issa said.

“Riverside Theatres has played a leading role in the growth and development of the performing arts sector in Sydney and has attracted some of the world’s best artists, shows and festivals to our City.”

“Riverside Theatres is committed to bringing the very best art and live performance offerings from around Australia and the world to Western Sydney, and I can’t think of a better way to kick off our 2022 program than with the Australian premiere season of this reimagined Broadway classic,” Mr McMaster said.

Tourism Minister Stuart Ayres said: “Every year Sydney Festival transforms our city into a spectacle of colour and celebration, and this year we are celebrating the reopening of Sydney with a world-class program across the city.

“Sydney is now open for business. This is a great way to kick off the premiere season of this legendary Broadway musical, in the heart of Western Sydney.”

Previously postponed twice due to the pandemic, this = new production of the legendary dance musical features choreography and direction Amy Campbell, whose credits include the Australian productions of Lin-Manuel Miranda’s In The Heights and Hamilton.

“This year’s festival, which includes a jam-packed, world-class program in Parramatta, will get behind Sydney’s vibrant arts community, as we safely reunite artists with audiences this summer.”

Conceived and originally directed by Michael Bennett, A Chorus Line tells of the struggles Broadway performers go through to be seen, heard, recognised and respected. Featuring the music of Marvin Hamlisch (including “Dance Ten; Looks Three”, “What I Did for Love” and “One”), A Chorus Line explores what it means to put everything on the line.

Amy Campbell said she was overjoyed to be making her directorial debut with A Chorus Line at Riverside Theatres.

“Sydney Festival is my favourite time of year, so to be a part of this year’s incredible line-up of shows and artists is a dream come true. I remember going to see my favourite dance shows as a kid at Riverside Theatres, and now I get to watch this new Australian production of A Chorus Line take to that amazing stage. It is a truly epic experience,” Ms Campbell said.

A Chorus Line – which opened on Broadway in 1975 and has won 10 Tony Awards, a Pulitzer Prize for Drama and countless international plaudits – remains one of the most successful musicals of all time.

Riverside Theatres, which is owned and operated by City of Parramatta Council, draws more than 180,000 patrons to up to 1000 performances and events every year.

Sydney Festival has been supported by the NSW Government through its tourism and major events agency, Destination NSW, since 2010.

For more information and to purchase tickets, visit riversideparramatta.com.au/show/a-chorus-line/