Count Down to The Phantom of the Opera 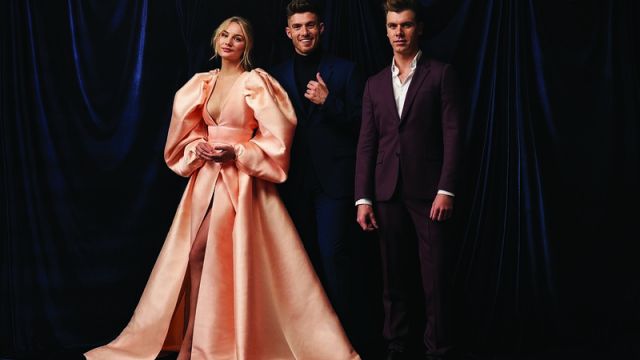 The 37-strong company of Andrew Lloyd Webber’s The Phantom of the Opera is counting down towards the first preview of at the Sydney Opera House on 19 August, 2002.

Preparations continue as the talented company wait for the curtain to rise – and the chandelier to drop - on this historic premiere Sydney season of one of the most successful and celebrated musicals of all time, in one of the world’s most iconic buildings.

Director Seth Sklar-Heyn said, “It is thrilling to be in Sydney working with this incredible Australian company, who are going above and beyond in our rehearsals to bring this theatrical masterpiece to the stage. I am excited for audiences to see them all breathe new life into this classic story and Andrew Lloyd Webber’s magnificent score, while inhabiting a truly unique physical production. The anticipation is building for all of us to finally move into one of the most famous opera houses in the world. Sydney Opera House, the Phantom is ready and on his way!”

The Australian cast is led by Josh Piterman in the lead role of the Phantom while Amy Manford takes on the role of the ingénue Christine Daaé and Blake Bowden plays Raoul Vicomte de Chagny.

David Whitney will play Monsieur Firmin, with Andy Morton returns to the stage as Monsieur Andrè and soprano Giuseppina Grech will play Carlotta Guidicelli. Madame Giry will be played by Jayde Westaby, while classical crossover artist Paul Tabone will revive the role he played on Sydney Harbour earlier this year as Ubaldo Piangi, and newcomer Mietta White will play young ballerina Meg Giry.

The Sydney season of The Phantom of the Opera is supported by the NSW Government via its tourism and major events agency Destination NSW.

The Phantom Of The Opera in Australia is directed by Seth Sklar-Heyn and produced by Cameron Mackintosh, The Really Useful Group and Opera Australia.