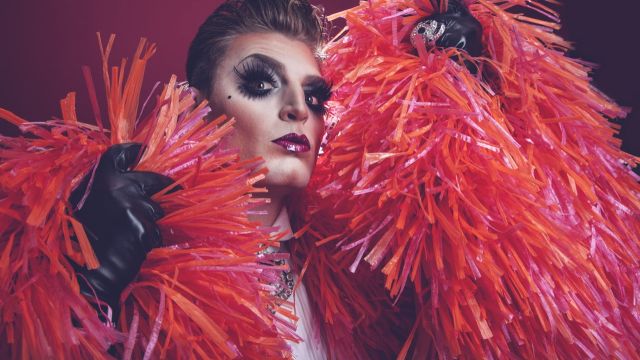 Darlinghurst Theatre Company has revealed the lineup of its new Red Carpet Cabaret season, opening on Friday 12 June. Over three weeks, some of Australia’s best cabaret and musical theatre performers will entertain an intimate gathering of diners in the theatre’s Two Trout restaurant.

Newly appointed Co-Artistic Director, Amylia Harris, says “the reactivation of our foyer and restaurant space is a major step in our company’s post-COVID recovery.” Billed as ‘soulful winter evenings filled with food, story and song’, Harris is proud of the artists she has managed to assemble. “It’s fair to say we have secured some of the best talent in the country for these intimate performances. We are taking our duty of care during this time very seriously and will be strictly adhering to all government guidelines in order to ensure everyone’s safety.”

Opening the season on Friday 12 June will be Daniel Assetta (CATS, Book of Mormon, West Side Story), who was performing the role of ‘Al’ in A Chorus Line at Darlinghurst Theatre Company when the lockdown came into effect. He will be followed on Saturday 13 June by multiple Helpmann and Green Room award-winning mezzo-soprano, Jacqueline Dark, known for her performances in opera, music theatre and cabaret. Rounding out the first weekend on Sunday 14 June will be Catherine AlcornandPhil Scott. Alcorn made her North American and Sydney Opera House debut as The Divine Miss Bette, winning the 2018 Broadway World Award for Best Cabaret. The following weekend featuresthe return of Maeve Marsden and Libby Wood on Friday 19 June in their new cabaret, Hot Gin Punch. Their last show, Fat Musicals, was a highlight of Darlinghurst Theatre Company’s 2019 Comedy Kiki festival and had to be extended by popular demand. They are followed on Saturday 20 June by Rueben Kaye, a two-time Adelaide Fringe Award winner and recipient of the 2019 Green Room Award for Best Cabaret, and on Sunday 21 June by Mia Morrissey, known to Australian audiences for her appearances on The Voice and Home & Away and originally scheduled to star in the Australian premiere of Amélie – the musicalas part of Darlinghurst Theatre Company’s suspended 2020 season.

The final weekend sees Daniel Belle and Robert McDougall renuite on Friday 26 June after their performances as Jean Valjean and Javert in Les Misérables, both here and abroad. They are followed on Saturday 27 June by Andrew Bukenya, host of 2by20 at City Recital Hall, Sydney Symphony Orchestra ambassador and a favourite at VIVID Sydney. Finally, on Sunday 28 June, musical director from A Chorus Line, Andrew Worboys, is joined by Pippa Grandison, star of film and television including All Saints and Muriel’s Wedding, as well as musicals such as Wicked.

Amylia Harris says, “We knew that people were hungry for live entertainment, but the response has exceeded even our own expectations. You will really need to get in quick to avoid disappointment and, at this rate, we are planning to keep a waiting list in case we extend beyond the initial three weeks.” Guests will be served a glass of champagne upon arrival and a 3-course fine dining menu expertly prepared by Two Trout. All Red Carpet Cabaret sessions will run for 2 hours with 6 tables available at each session. Tables are $500 each and seat 4 people ($125pp). Bookings can be made from Wednesday 3 June at https://www.darlinghursttheatre.com/red-carpet-cabaret