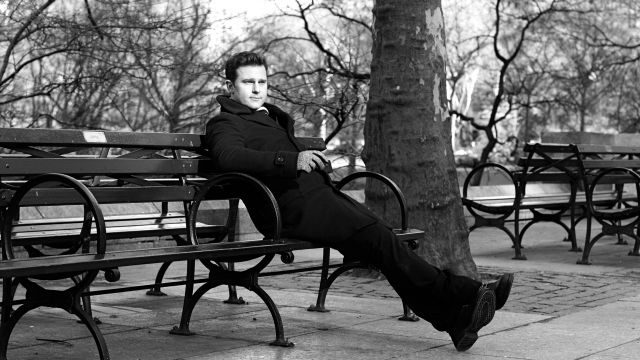 Entertainer David Campbell has returned to his first love Broadway releasing a new album of Broadway classics. The album, On Broadway was released on April 2.

On Broadway sees Campbell interpreting a host of music theatre songs on record for the first time. The album combines songs from hit shows in which he has starred such as Bring Him Home (Les Miserables), Being Alive (Company), Luck Be A Lady (Guys & Dolls), and You’ll Never Walk Alone (Carousel) with songs from other hit musicals such as Oh What a Beautiful Mornin’ (Oklahoma!), Hello, Dolly! (Hello, Dolly!) and All I Care About (Chicago) - and a world premiere recording from a forthcoming show by Hairspray writers Marc Shaiman and Scott Wittman.

David’s career started in musical theatre, and he is one of the few local performers to have achieved similar success in New York. David has starred in musicals including Les Miserables (Sydney) Saturday Night (New York), Babes in Arms (New York), South Pacific (New York), and Shout (Australia) - not to mention his own critically-acclaimed downtown cabaret show in the iconic New York cabaret room, Rainbow and Stars. Along the way, Campbell also picked up a Helpmann Award for Best Actor, for his 2005 role in Sunset Boulevard.

David then takes the album, and more, Live, performing songs from On Broadway and more, live around the country with a full orchestra from July 31. For bookings or more information visit www.davidcampbell.com

David Campbell is one of Australia’s most popular entertainers. A multi-platinum selling recording artist, Campbell has featured on TV, starred in theatre and cabaret, recorded three Top Ten albums, and sold out 5 concert tours from coast to coast. He is also Artistic Director of the Adelaide Cabaret Festival and runs his own production company with wife Lisa – Luckiest Productions.