The Divine Miss Bette - A Cabaret 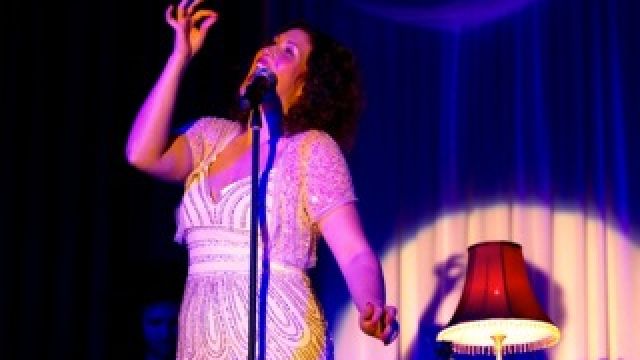 The Divine Miss Bette - A Cabaret, a one hour show based on Bette Midler, plays at Slide Cabaret Club on November 11.

Performer Catherine Alcorn says, “The Divine Miss Bette is absolutely the next best thing to seeing Bette herself as my vocal coach, Steve Ostrow, is the very man who discovered her in New York City in the 1970's. He is famously known for having owned the Continental Baths where Bette and Barry Manilow launched their careers.

“The show is dirty, funny, crass and pushes the boundaries. It's everything I love about Bette Midler herself.

“The experience and training I have had with Steve has been priceless. You know you're on the right path when the universe gives you opportunities like this one. His stories have given me wonderful insight into her character. My voice has never felt better. I now trust my instrument one hundred percent, and that is imperative for me because of how vocally demanding this show is.”

The show was first presented in Wagga Wagga by the local team of Creator / Director Peter Cox and Producer Don Hillam, who have worked with Catherine since the beginning of her career, studying Acting at Charles Sturt University.

The Divine Miss Bette has played around the Riverina since opening to sold out crowds in Wagga Wagga in December 2009.