Dr Zhivago The Musical In Rehearsal. 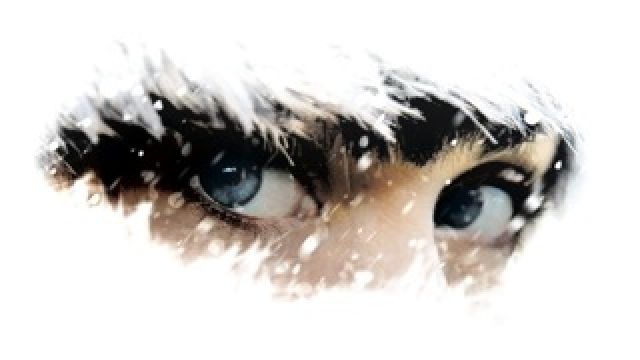 Based on the famous novel by Boris Pasternak, Doctor Zhivago hit the big screen in 1965 as an epic, drama romance by David Lean and created a star of Omar Sharif in the title role. As of 2010 it was the eighth highest grossing film of all time. 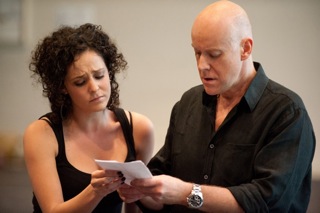 “After the famous film version what remains exciting about this iconic novel is its personal story of love, loss and dreams. The stage intensifies the personality of this story with the musical focusing on the people at its centre,” John Frost said. 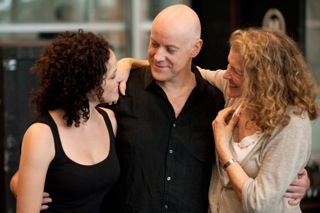 Speaking to Stage Whispers correspondent Frank Hatherley, Anthony Warlow said his character, Yurii Zhivago, "is a tough role, but it’s also incredibly poetic. He’s the bollard, the observer around which all the other characters buzz. My challenge is to have the audience come and observe with me, understand why I do what I do.

“He’s the lover, the poet, the little boy. He sees beauty in everything. And there’s a great strength in him.

“He constantly challenges the moral perception of what he’s doing. It’s a time of gigantic civil upheaval and many wars, but the core element is the love story. Yurii does leave his wife and have an affair with Lara, but in the Russian ethic he’s seen as a hero because he’s following his destiny."

Lucy Maunder (Lara) said of her character, “Lara is so enigmatic, so passionate. She’s the soul of Russia, I guess.” She pulls a face, grins. “No responsibility!” 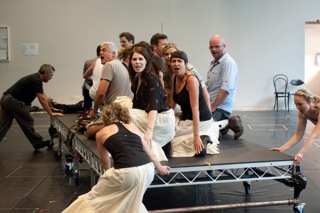 And of the score, “The music is so heartfelt and so beautiful to sing,” she says. “The show just soars with gorgeous melodies and lush orchestrations, very deeply emotional.”

Frank Hatherley's full article on Dr Zhivago, including interviews with Anthony Warlow and Lucy Maunder, and a look at Anthony Warlow's early theatre experiences in amateur theatre appears in the January / February edition of Stage Whispers.

This premiere season of the epic musical Doctor Zhivago plays at the Lyric Theatre, Star City, Sydney from February 11, 2011, and at Her Majesty’s Theatre, Melbourne from April 9. 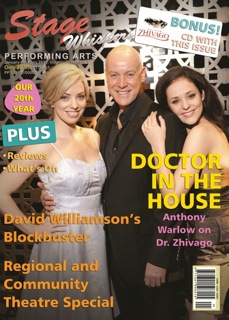 The January / February edition of Stage Whispers comes with a Dr Zhivago CD Sampler featuring 2 songs from the new musical, Now and On the Edge of Time, sung by Anthony Warlow and Lucy Maunder. Order a copy online at http://www.stagewhispers.com.au/products or ask your newsagent.