DUSTY MILESTONES IN SYDNEY AND MELBOURNE. 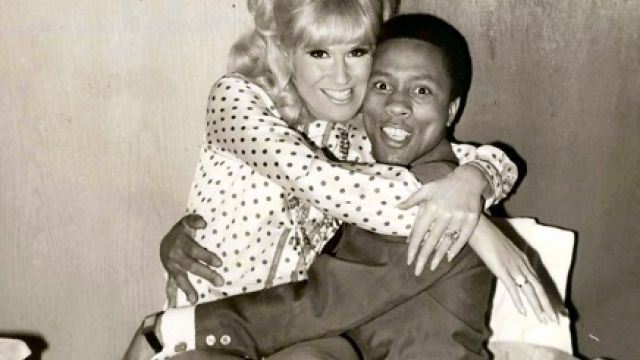 Community theatre productions of Dusty for CLOC in Melbourne and Bankstown Theatrical Society in Sydney have special significance. Both have links to the ‘original’ creatives.

For Bankstown the connection is extraordinary. The company has secured the services of choreographer Ronne Arnold, who actually worked with Dusty Springfield during her many visits to Australia in the 1960s.

Ronne first met the Dusty in 1964, when he was choreographer and director at the Chequers Theatre Restaurant in Sydney, where she performed for four weeks. They worked together again in the late 60s at the Sydney Chevron Hotel.

Ronne remembers his time working with the singer fondly.

“As a performer Dusty was warm, funny and wonderful. She had a unique quality of wit and charm that endeared her to all who saw her performances,” said Ronne.

“She had a beautiful childlike appeal with a deep sense of adult drama and understanding of human desires, feelings and disappointments. She was a teller of stories that took you on a journey of life. All her songs had a message and she interpreted them with ease and passio

The musical of her life, featuring her hits such as Son of a Preacher Man and Only Want to Be With You, originated In Australia. Written by John-Michael Howson, David Mitchell and Melvyn Morrow, the show premiered at Sydney’s Lyric Theatre in 2006.

CLOC’s connection is to the show’s co-writer John-Michael Howson. He is proud to be CLOC’s patron.

Dusty is also a milestone production for the Melbourne theatre group.

After 38 years of performing at Monash University’s Alexander Theatre, CLOC has relocated to a bigger venue, the historic and iconic National Theatre in trendy St Kilda.

For the last few shows, despite additional performances being scheduled, the “SEASON SOLD OUT” sign has gone up before opening night, leaving many disappointed patrons.

Now, CLOC is in a theatre with 50% more seating capacity, and better facilitie.

This year a number of musical societies across Australia are presenting the show.

“Dusty’s career and life has all the elements that make a good story, with music that crosses all borders and a similar unique lifestyle to another famed female performer, the late Judy Garland,” said Ronne Arnold.

“She was a frightened individual with many complex issues that prevented her from working through situations that a lot of people would almost take in their stride. She appeared to tussle with some deep-rooted demons that made her, at times, distant and very lonely. This was due in great part to her childhood and family life, which is explored in the stage show.”