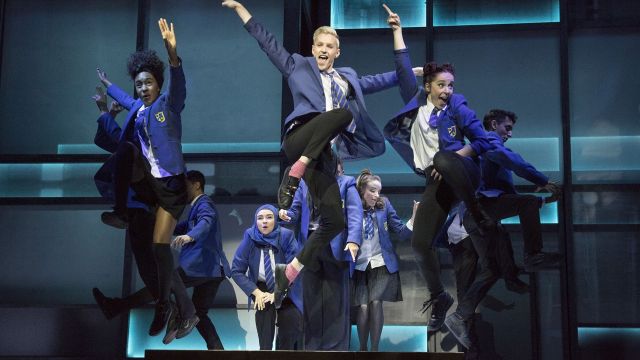 The critically acclaimed, Olivier Award nominated, West End musical Everybody’s Talking About Jamie will have its Australian Premiere Season at the Sydney Opera House from 18 July 2020 prior to a national tour.

Jamie New is sixteen, he lives on a council estate in Sheffield, and is sensitive, witty and strong.  If only the bullies would get out of his way.  Supported by his brilliant loving mum and surrounded by his friends, Jamie overcomes prejudice, beats the bullies and steps out of the darkness, into the spotlight.

Inspired by a true story and a BBC documentary “Jamie: Drag Queen at 16”, Everybody’s Talking About Jamie is topical and timely.  The joyous, high-spirited musical presents an extended modern “family” of characters that everybody knows and depends on.  They'll make you laugh and move you to tears.  It speaks from the heart and shoots for the stars.

Helpmann Award-winner Helen Dallimore, who wowed audiences in Wicked (West End), Into the Woods (London) and Here Come The Habibs! (Nine Network) and who picked-up the 2013 Helpmann Award for Best Female Actor in a Supporting Role in a Musical, for her role in Legally Blonde The Musical (Australian tour) as Margaret New, Jamie’s loyal mum. 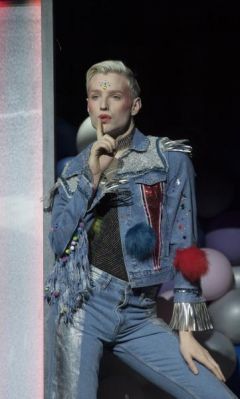 Co-producer Garry McQuinn said “Everybody’s Talking About Jamie is a simple but very important story, told with exceptional care by a wonderful team of theatre artists and passionately / bravely produced by Nica Burns in London.   After many years taking Australian shows to the world I'm proud to be joining Nica, the Sydney Opera House and Lyndi Adler in bringing this extraordinary, moving and joyous tale to Australian audiences.”

Sydney Opera House, Head of Contemporary Performance, Olivia Ansell, says: “There is something irresistibly charming about the story of Jamie New – told in this intelligent contemporary musical full of heartache, panache and humour, brilliantly written by Tom MacRae.  The Sydney Opera House is extremely proud to join forces with Nica Burns, Garry McQuinn and Lyndi Adler to co-produce and present the Australian tour of this Olivier nominated smash hit, to eight cities nationally with an all Australian cast.”

Originally produced by Sheffield Theatres, Everybody’s Talking About Jamie has a feel-good pop score written by Dan Gillespie Sells, the lead singer of British rock-group The Feeling, that has more than 11 million song plays on Spotify.  The music is performed live by a seven-piece under musical supervision by Theo Jamieson (original UK Musical Supervisor).  The on-point book and lyrics are penned by BAFTA and Olivier Award nominated screenwriter, author and playwright Tom MacRae (Doctor Who BBC, The Librarians TNT), from an idea by Jonathan Butterell.  This Olivier nominated musical features original choreography by hip-hop sensation Kate Prince.

Choreographed by Rhimes Lecointefrom the original choreography by Kate Prince