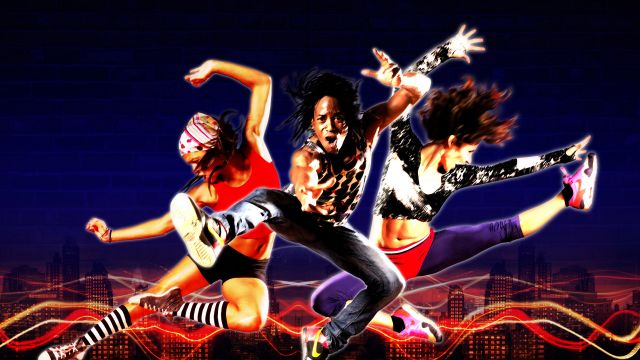 Peter Pinne speaks to the Fame director and choreographer Kelley Abbey, and one of the young stars, Tim (Timomatic) Omaji, about the upcoming mulit-million dollar revival of the iconic dance show.

Fame – The Musical keeps coming back to Kelley Abbey. She was 17 when she first saw the original movie version, and she loved it so much she went back to see it seven times. She was hooked, and it was the show that inspired her career. 1999 saw her starring and choreographing the first professional production of the show in Australia, winning a MO Award for Best Female Performer/Choreographer in a Musical and a Green Room Award for Best Original Choreography.
The production opened at the Casino, Sydney, where it ran for a record-breaking eight months, the longest running show at the venue. She stayed with it when it toured to Melbourne, Brisbane and Perth, and again in Asia where it was recast and played with Asian performers throughout the region. Kelley also did a South African tour, where the show was played with local actors.
Which brings us to the current production. According to Kelley, script changes will be made for the new version. David De Silva, who conceived and developed the original show, will be coming out from the U.S. to oversee this. Although the show will still be set in the 80s, it will be updated. It will have a new look, new set, new feel and new sound. Hip-Hop, breakdance, classical ballet, Latin, Flamenco and Argentine Tango will be the dances used.
Kelley said, “With the success of the TV dance shows, audiences expect more these days.” She thinks the success of series like So You Think You Can Dance has been the inspiration for this revival of Fame, and that we will also see more dance shows in the future.
There are seven performers from So You Think You Can Dance in the cast. Kelley was a guest judge and guest choreographer on the show. She believes the TV series has given a platform for dancers and shows the audience how they work.
Kelley, who grew up in Inala, Brisbane, started dancing when she was four. Her first big break came when she was cast as the lead in Sweet Charity, a role that went on to win her a Green Room, Variety Heart, and Mo Award as Best Female Musical Theatre Performer. Other theatre performing credits include Rizzo in Grease – The Arena Spectacular, West Side Story, Dancin’ Man, and Dynamite! She co-choreographed Hugh Jackman’s The Boy From Oz arena tour, and worked as the choreographer, lead performer and creative motion capture consultant on the Oscar winning movie Happy Feet.
Her TV credits include Jo-Jo in the soap E-Street, and her music video choreographic credits include Human Nature, Toni Pearen, Leah Haywood, Scandalus, Sophie Monk and Girlfriend.

The two young leads of Fame – The Musical, Talia Fowler and Tim (Timomatic) Omaji, were both in the 2009 So You Think You Can Dance competition. Talia was the winner and Tim made the top eight.
Tim, who plays the cheeky Tyrone, immigrated to Australia at ten months old from Nigeria. His father was a criminologist and specialized in indigenous crime. Tim started taking classes in dance at the age of 11, specializing in rap and R&B. Fame is his first musical. He has seen both movies, but prefers the original because it tackles teenage issues better, and it’s set in a Performing Arts School. His dream job is to be an all round entertainer like his idol, Michael Jackson. He loves writing music and performing, and writes all his own lyrics.
His credits include Winner of the 2005 Battlegrounds National Hip-Hop Competition, and artistic director for Canberra based hip-hop dance company Kulture Break, who have toured nationally and to Singapore, China and the U.S.
He has visited Nigeria twice. On his first visit he was very nervous meeting his relatives for the first time, but he bonded with them and it was a “terrific experience” he said. Nigerian movies are very popular in their culture, and they have their own version of Bollywood called Nollywood.
A fit young man (he works out three times per week at the gym), he is very passionate about his dance and singing, and is currently being developed as a solo recording artist and intends to release in 2010.
As a black man coming from another culture, but growing up in Australia, he said he has had a very positive reaction from indigenous Australians and he has performed for them many times. He was exposed to Aboriginal culture when the family lived for a time in Darwin.

Fame is a classic of cinema, television and music theatre. The original movie was released in 1980, won an Academy Award and swept the world. The TV series ran for six seasons, won numerous Emmy Awards and was telecast in over 20 countries. The stage version ran for a decade in London’s West End and was seen by over ten million people.
Apart from Talia Fowler (Iris Kelley) and Tim “Tomomatic: Omaji (Tyrone), the cast of the 2010 version also includes Andrew McFarlane (Sullivans/Underbelly) as Mr Myers, Brian Wenzel (A Country Practice) as Mr Scheinkopf, and popular U.S. 60s rock and soul performer Darlene Love, last seen on Broadway in Hairspray.

Fame – The Musical, opens at the Regent Theatre, Melbourne, in April and at the Lyric Theatre, QPAC, Brisbane in June.