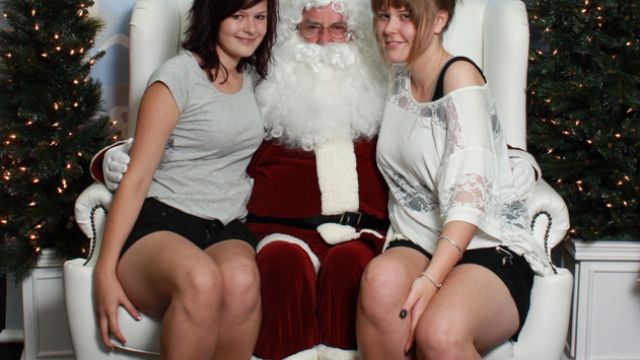 Six years ago my agent (for TV and Film extras) called and said I had an audition. It was for a one-man show, in period costume, plenty of dialogue with audience participation. Lest any children should be reading this, all I can reveal is the initials for the part were F.C.
Apparently the company who supplied FC’s across Australia went bankrupt and a new company had six weeks to round up enough FCs for Australia. When asked at the audition why someone would want the job, the most common reply was, “I love kids, I am a grandfather, uncle or whatever”. Yours truly, when asked, replied “I am broke, out of work and need a job.” I was given a position in one of Australia’s leading department stores commencing in the CBD and then out to Chadstone.
Some interesting moments can happen, such as the little girl who asked me, “I just saw you downstairs?” My reply was, “ You looked so lovely I came up the back stairs to see you again.” One has to be quick.
Children between 18 months and two and a half are the most difficult. Most are scared of FC and cry. One of the saddest moments I experienced was a little boy who was quite happy to talk to FC but would not get up for a photo. After an hour his mother gave him a strong backhander across the face plonked him on FC’s lap and said take the photo.
This was unusual, because it is an enjoyable job. To have a little child on you lap and see the look of wonder as he/she looks up really gives the delight of Christmas.