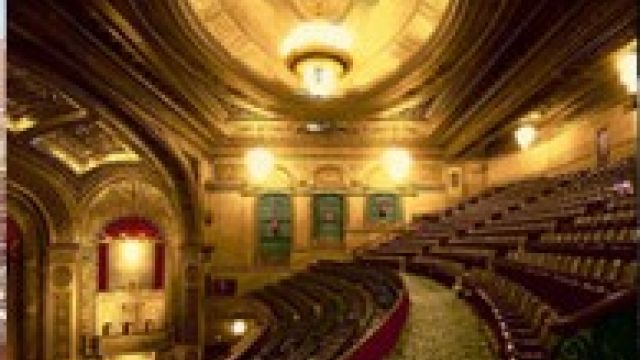 Protesters held a vigil in the centre of Brisbane last Saturday (May 29) to pressure the Queensland Government over the looming demolition of the historic Regent Theatre.
The Regent Theatre in Brisbane, currently a cinema complex, is one of Australia's last remaining theatres of its kind and is under threat of demolition to make way for the city's newest office tower.
For many years the Save the Regent committee has lobbied the Queensland Government to restore The Regent to its former glory as a venue for live performance.
Theatre owner, entrepreneur and former television host Mike Walsh OBE has backed the campaign.
"I think that saving and restoring The Regent Theatre Brisbane is a great idea, if a fully functional 1500 – 2000 seat live theatre can be built.
"In a city growing as quickly and prosperously as Brisbane is, how marvellous to have another theatre for musicals. It could be an essential part of the equation in mounting large scale musicals and become part of the tour. The QPAC Lyric is a fine theatre, but there will be a need for an alternative."
The Queensland Leader of the Opposition and shadow arts minister John-Paul Langbroek says the Brisbane Arts scene is being starved.
He told the Courier Mail that "Under Bligh and Labor, Brisbane is a one-town show, a cultural desert."
It came after Brisbane missing out on the biggest international play of the year due to a lack of large theatre venues.
The producers of the British stage production of Waiting for Godot, starring Ian McKellen, said it was touring four Australian cities but bypassing Brisbane because the Queensland Performing Arts Centre was booked and all other venues were too small or did not have suitable technical facilities.
Instead, QPAC gave the slot to the musical Mamma Mia!, which returns to Brisbane for the third time following shows in 2002 and 2004.
Save the Regent campaigner Brett Debritz said the historic cinema, originally a theatre, could be converted into a 2000-seat venue and designs were submitted to the State Government and Brisbane City Council two years ago without response.
"The Regent is an opportunity to, at a discount, get another big venue that we do need, there's no doubt about it," he said.
Melbourne has double Brisbane's population but five times the number of large theatres.
Instead the Regent's showcase cinema is set to be demolished to make way for a 38-storey office tower.