Final Curtain for The Production Company in May 2020 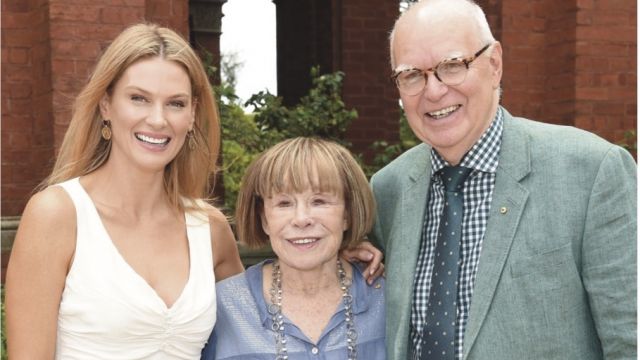 Jeanne Pratt AC, founder and chairman of The Production Company has announced that after 21 years and 65 musicals, her company will present its final musical in May 2020.

Jeanne Pratt said “I started the company in 1999 to stimulate the industry, create opportunities for local talent and produce quality entertainment at affordable prices. It has succeeded beyond my wildest dreams and as we plan our final curtain call, we’re doing so with pride, pleasure and wonderfully happy memories.

We’ve so much to be grateful for - our loyal audiences, generous sponsors and patrons.” The Pratt Foundation has donated more than $12 million to musicals in Melbourne and although the May 2020 show will be The Production Company’s final season, Mrs Pratt said she wanted to find further ways to support the industry and encourage Australian composers and writers. “The Pratt Prize for Musical Theatre, which we awarded during the company’s first decade, introduced some promising new Australian works and talents. I look forward to unearthing more,” Mrs Pratt said.

The Production Company’s announcement coincides with master-planning for a complete refurbishment of Arts Centre Melbourne’s Theatres Building venues, including the State Theatre - home of The Production Company for 21 years. This upgrade which is the most significant redevelopment of Arts Centre Melbourne since its opening and is a central component of the Victoria Government’s vision to transform the Melbourne Arts Precinct, impacts on the State Theatre’s future availability.

Claire Spencer, CEO of Arts Centre Melbourne said today “What a marvellous legacy Jeanne, Rachel and Ken leave for audiences and many, many performers after 21 years of glorious entertainment on our stages. Along with thousands of others, I’ve laughed, cried, danced and stood with an adoring State Theatre crowd applauding the remarkable parade of performers and creatives. I’m so delighted to be partnering with The Production Company team to present their final show next May”.

Artistic Director Ken Mackenzie-Forbes AM said “There’s so much to celebrate. The Production Company has sold more than 1,000,000 tickets. We have provided the first professional engagements to hundreds of young artists and creative talents, many of whom have gone on to major careers. We have also created unique opportunities for Australia’s stars of musical theatre to perform in shows that would not otherwise be seen professionally. I thank Jeanne for her extraordinary leadership, passion and friendship over the past 21 years and Rachel D Taylor for her unique talents and commitment.”

The Production Company’s Australian premieres were Grey Gardens, Nice Work If You Can Get It, Curtains, Dirty Rotten Scoundrels, Sugar, She Loves Me, Thoroughly Modern Millie, A Gentleman’s Guide to Love & Murder, Lazarus and in November, Ragtime.

Executive Director Rachel D Taylor said “It’s been an incredible privilege to produce musicals with Jeanne and Ken for 21 years. The Production Company allowed us the scope to stage brand new shows, favourite shows and bring together brilliant talent onstage and off. More than 3,000 jobs were created and we are incredibly proud of that. I have a million happy memories to cherish and more to come! When I think of our legacy, I would hope that people have had a wonderful experience at a Production Company show.”

The Company presents the Australian premiere of Ragtime at the State Theatre from November 2.

Full details of the final musical to be presented in association with Arts Centre Melbourne in May 2020 will be announced in November.