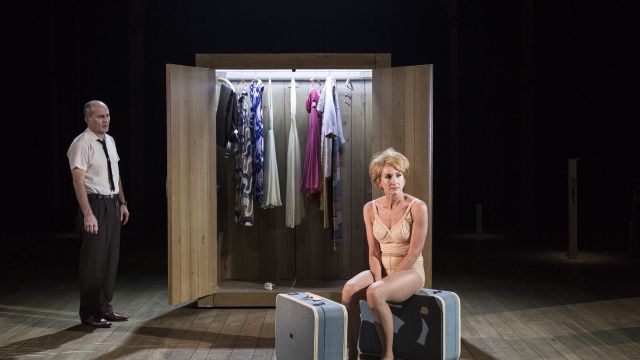 The release of these plays on such an expansive and widely available free platform marks an historic deal in how theatre-on-film will be consumed by audiences in the future. Perhaps the most exciting element is the world premiere of Malthouse and STC’s production of Michael Gow’s iconic play, Away on a streaming platform.

“It felt right to honour the talent of one of Australia’s most prominent playwrights, widely recommended on the education syllabus in many states in Australia”, says Creative Director Grant Dodwell. “If students can’t get to theatre, we can help theatre get to them in their homes.”

ATL is the only theatre company in Australia recording and preserving for posterity great theatrical performances telling distinctly Australian stories from the stages of our most well-known theatre companies. The screening on ABC iview is to follow the hugely successful Facebook Virus-Free Streaming festival which proved the demand for digital theatre with over 20K views across 3 weeks.

“We’ve worked with all the major theatre companies in each State, and, to their credit, they have been enthusiastic supporters of this project”, says Grant Dodwell, “They have to be commended for their foresight and commitment to innovation.”

“It’s so important to realise how difficult it is for anyone living outside of major metropolitan hubs to access live theatre – pandemic or not. This crisis has brought to light the underlying inequities of making theatre widely accessible. Innovations in digital technologies have now made it all possible” adds Dodwell. “And while we never aim to replace the live theatre experience, we want people to know that there is still quality theatre content available online.”

The ABC iview library collection was launched on Friday 1 May with Michael Gow’s Away; Mary Rachel Brown’s The Dapto Chaser and David Williamson’s Emerald City. Geoffrey Atherden’s, Liberty Equality Fraternity, will be added on Friday 15 May, and the Sydney Theatre Company’s famous Wharf Revue: Celebrating 15 Years, will be released on Friday 29 May.

Alongside theatre, audiences can choose to watch classic opera and ballet productions and Australia’s finest orchestras from the ABC iView Yours to Stream: Arts on Stage platform.

Image from Away, Photographer: Pia Johnson