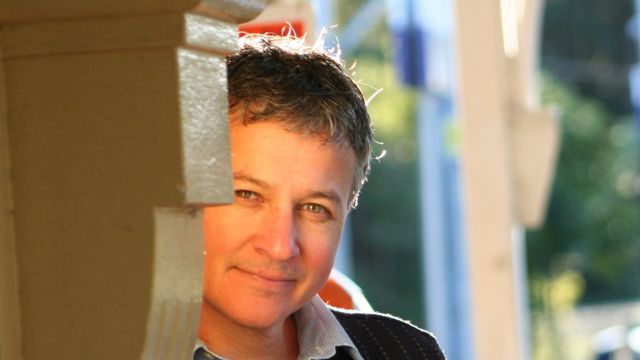 Floyd Collins - a musical about a trapped miner - was programmed by Kookaburra, the National Music Theatre Company in 2007, but only days away from rehearsals, was cancelled.

It was another blow for the company, which eventually folded.

Kookaburra founder Peter Cousens finally had the chance to perform the title role on May 3, 2010.

A special one off concert was held at Sydney’s City Recital Hall Angel Place with Anne Maree McDonald, planned musical director for the original production, at the helm, and Stuart Maunder directing.

Shortly before the concert we asked Anne-Maree about her passion for the piece, which has led to this production.

Why are you so passionate about Floyd Collins?

Well, where do I start? The music is thrilling, the story is real (and terrifying!) and the outcome is inspirational. The happy go lucky caver Floyd suffocates to death, trapped in a tight wedge 'a hundred feet under the winter frost'. And yet when he finally lets go and relinquishes fear to faith, he finds an absolute joy and peace that he never dreamed of. The music, which depicts this freedom of the soul, is truly glorious, and Floyd's final calls echo (literally) around the heavens (or the hall)!
I love the mix of country bluegrass, sweet and touching tunes, especially as sung by the divine Miss Queenie van de Zandt and the lovely Miss Trisha Crowe. And then there are dramatic classical passages, jazz influence and much quirky comedy in the orchestrations. And also the fascinating instruments that make up the band, such as harmonicas and banjo mixed with classical string quartette and piano. I could go on and on … come and hear it live!

Why do you believe it will succeed this time around, when it couldn't get up as a full stage production?

It was always going to succeed artistically as this cast (as originally put together by Kate Gaul and myself) is superlative. Not only do they have to have fine voices and be very good musicians, but they need to have talent and integrity as actors as well. This is an extremely difficult musical to cast in every way. And we have a great cast including established stars such as Peter Cousens and Michael Falzon and some younger, new kids off the block who are all excited to be involved. They deserve to be heard and we will do everything in our power to persuade people to come and listen to a musical (of the non-generic-blockbuster variety) never heard before in Australia. And it should be of special interest to students and composers of music theatre. There is no doubt it will be a special night in music theatre history in Australia.

How do you and Stuart Maunder plan to go about staging the work?

As we could not afford to put on a full-blown production, we decided, with the benevolence and blessing of City Recital Hall Angel Place, to do a one night only, CONCERT version, although frankly, we still can't afford it! But there is the power of the piece. The artists are being paid next to nothing but are still passionate about doing it. Of course there will be interaction between the characters and some minimal moves; but our main devices will be imaginative lighting, quite complex sound and the use of the character Skeets Miller (Nick Simpson-Deeks) as a narrator, thus eliminating the need for long scenes without staging. This way, Adam Guettel's brilliant music will finally be heard, and everybody will be happy! ..especially me...! :-)

The musical is based on a real life character, Floyd Collins, a happy‐go‐lucky but adventurous 'spelunker' (gold digging caver) from Kentucky finds himself firmly trapped beneath the earth after a landfall. Panic quietly sets in as repeated attempts to free Floyd fail and a massive media circus gathers above ground.