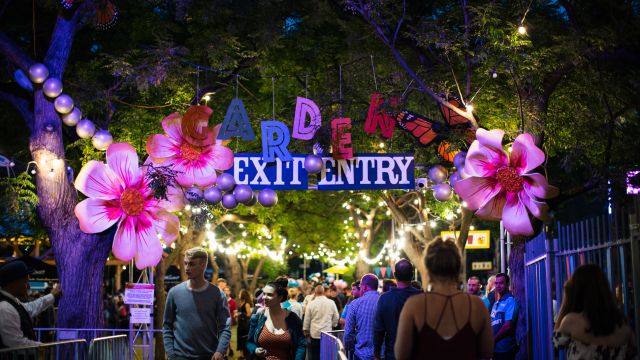 The Garden of Unearthly Delights is marching into action for the Adelaide Fringe’s 60th year, with a host of local, national and international acts.

In 2020, The Garden will host around 112 shows across 17 venues with a program full of comedy, theatre, circus, cabaret, interactive spaces, music, magic and more.

After seducing crowds in previous years with LIMBO, Blanc de Blanc, LIFE the Show and more, production house Strut and Fretare returning with a fresh show born from the heart of its famous predecessor. Blanc de Blanc Encore will draw crowds with its deviant style of entertainment, all while boasting a brand-new cast of international stars.

Music-festival-lovers will find themselves laughing in the aisles at Abandoman – Road to Coachella, or singing at the top of their lungs during Massaoke Mixtape Vol. 2. Rock fans will be entertained by Aussie music legend Tim Rogers in his new show Liquid Nights In Bohemia Heights – jam packed with surprise guests. Adding to the line-up of musical talent are both established acts and newcomers; Ceberano + Co, The Black Sorrows, Tex Perkins, Shades of Bublé and The East Pointersto name a few.

Musical-comedy trio Tripod will return to The Garden to perform a one-night-only show of old and new favourites. 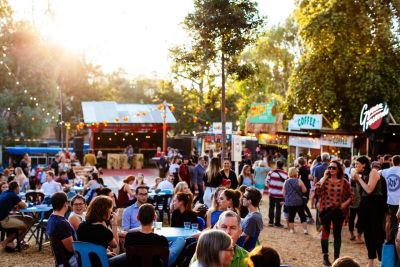 From the makers of 2019’s House of Mirrors comes 1000 doors: a new immersive experience that’s a cross between a labyrinth and a horror film. Also returning are the multi-sensory experiences SÉANCE and FLIGHT,set up in their ubiquitous looking shipping containers, along with new experience Mummy’s Milk and COMA, which invites audiences to take part in a mass experiment and slip into a collective dream.

Our nation’s first people are represented throughout The Garden’s programming each year, in 2020 introducing Garden first- timers Aboriginal Comedy All Stars, who, after five sell-out years in the UK are returning home. Casus Circus brings the only Indigenous contemporary circus ensemble in Australia performing Chasing Smoke, which celebrates 65 000 years of old-time ways told through now-time circus. The Garden will also host Karl Winda Telferand the Yellaka dancers in Mullawirrayerta / Dry Forest Place, a free ceremony event giving everyone the opportunity to come together in a special cultural sharing and ceremony as the sun sets.

With the support of The Government of South Australia, through the Department of the Premier and Cabinet and the Music Development Office, the 2020 program includes The Garden Sessions: an abundance of local Aboriginal and Torres Strait Islander artists performing free music concerts each Saturday afternoon. 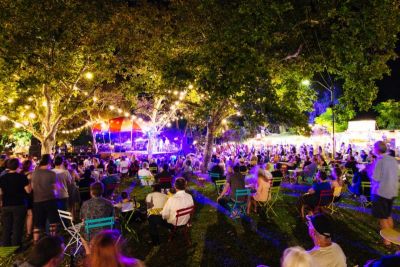 Physical Theatre and Circus lovers will be spoilt for choice between The Kagools, L.I.A.R (Life Is A Rehearsal) and Werk It. Or for those who want a show with drinks included, the Maho Magic Bar presents an exclusive, interactive, real-life bar scenario where the audience are served drinks by the performers during their very own, private magic show. Or for those who want more illusions and wizardry, star of the hit Broadway show The Illusionists Dom Chambers returns with his show Fake Wizard.

Life is forever a cabaret in The Garden and 2020 is bursting! The evil love child of Liza Minelli and Jim Carey Reuben Kayeis back with his self-titled hour plus his debauched late night variety show The Kaye Hole. International father of boylesque and Briefs Factory matriarch Fez Fa’naana hosts The Garden Gala every Monday night and Dr. Ahmed is back with Cabaret Consultations. Also returning are the multi-award winning ensemble YUMMY with a new show YUMMY UNLEASHED.

Theatre is literally all around audiences at The Garden in 2020 with Frankie Foxstone A.K.A. The Profit: Walking Tour taking audiences on an interactive satirical walking tour, revealing her plans for Adelaide’s green spaces; Attenborough and his Animals recreates the magic of the animal world, live... without animals; and Thunderstruck premieres its epic one man roller coaster exploring how the traditions of bagpipes were rocked by a bin man from Pitlochry and how he changed the life of one young piper, forever. 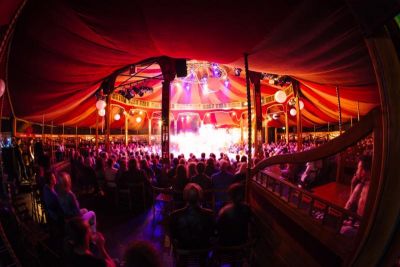 Keeping all ages entertained this festival season will be The Garden’s family program. Families can catch Brass Monkeys, which bursts with high caliber acrobatics and a ton of comedy, a new show from favourites Don’t Mess With The Dummies, or Ann-Droid – The Wonderful Adventures of a Robot Girl which combines theatre with interactive projection, funky lights and a robot ball. Not to mention returning sell-out favorites; Children are Stinky, Monski Mouse and Mr. Snot Bottom’s Horrible Terrible Really Really Bad Show plus a whole lot more.

The Garden of Unearthly Delights

Tickets to all shows on sale via adelaidefringe.com.au and gardenofunearthlydelights.com.au

About the Garden of Unearthly Delights

In the unique surrounds of Rundle Park / Kadlitpina, you’ll discover performances, bespoke venues, food, drinks, market surprises and sideshows. The Garden of Unearthly Delights is Australia’s most unique and engaging outdoor performing arts precinct. More than 750,000 people visit The Garden every season with its warm and inviting vintage carnival feel.