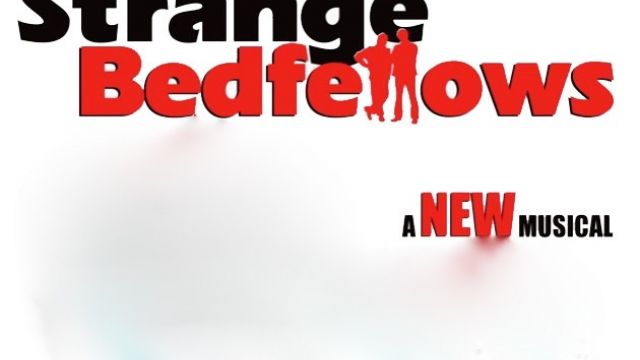 Gold Logie winner John Wood and musical theatre star Peter Cousens are set to head the cast of a stage musical version of 2004 Australian film Strange Bedfellows (which starred Paul Hogan and Michael Caton) set to premiere at Albury’s Regent Theatre on October 29 in an off-Broadway-style try-out, close to Yackandandah, where the movie was set.

“The script is hilarious and the music by John Foreman is terrific. It’s going to be an enormously entertaining show,” said Peter Cousens (Vince).

It will be the first time that the newly renovated heritage Albury Regent has hosted live theatre in 20 years.

“It’s a wonderful opportunity to re-instate the theatre (what most people know as Cinema 1) back to the days of live shows. To again have over 1100 people watching a live production like this complete with live orchestra will be a great thrill,” said Tony Smith (Owner, Regent Cinemas)

Writer Jon Stephens and composer John Foreman are adapting the original screenplay for the stage.

Strange Bedfellows will be produced by Instinct Entertainment, Spencer McLaren (Beauty and the Beast, Cats, The Secret Life of Us) and Dean Murphy (co-writer and director of the film).

Co-presented by the Albury Wodonga Theatre Co. and utilize some of the best local talent on offer, supporting some of Australia’s finest professional talent.

“It’s very exciting to be a part of this new Australian Musical. I am looking forward to working with a great team, including the many very talented locals we have found. Strange Bedfellows will be a great night out, and a great chance to see an all Australian cast at the top of their game,” said Roger Hodgman (Director)

The plot
60 year-old Ralph Williams (John Wood) and his 55 year-old best mate, Vince Hopgood (Peter Cousens), have money problems.
Ralph owns the local garage in the small country town of Yackandandah, but is too lenient with his customers whilst Vince has just received a massive tax bill thanks to the manipulations of his bitter ex-wife. The two are buggered! Suddenly, Vince spots a newspaper headline - the government has passed new legislation giving same-sex couples equal tax breaks to married folk.
This is the answer to Vince’s prayers!
After days of pleading and some begging, Vince persuades a very reluctant Ralph that they should register as a same-sex couple - they can pool their incomes and create a family trust and only the Tax Department will ever know! Two weeks later a letter arrives, an investigator is coming to audit their claim.
Suddenly, Ralph and Vince, two blokes who don’t know if they’ve ever met a gay person, two blokes who still don’t believe Rock Hudson really was gay, now have a week to learn how to pose as a loving homosexual couple in a small town that knows them as anything but….
This is going to call for some fancy footwork.