A Group Where We All Pretend To Be Rehearsing For The Same Performance. 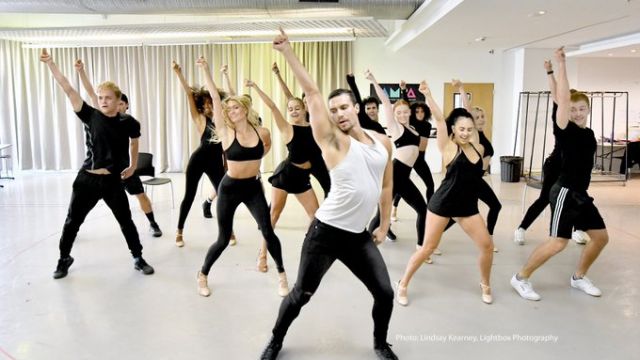 Almost twenty thousand frustrated thespians have joined a facebook group where they have been pretending to be rehearsing for the same performance.

The social media page was set up by actor Jack Mcgirr as “a space to be entertaining and a laugh for fellow actors dealing with covid-19.”

The huge numbers have proved a handful to administer with Mcgirr deleting posts containing swearing, politics and links to promotions.

More on the politics later – but first here are the posts most enjoyed by our correspondent Peter Novakovich.

"Guys. We open tomorrow. When were you planning on telling me that the italic font in the script is stage directions and not just text that was meant to be whispered?"

"Justin for the last time, this is a Brechtian play. It's both." - Matthew Yates

"Don't forget to yell anything that's in parenthesis!" - Justin Howe

"omg I've been doing this all wrong!" - Celine Wan

"Sorry? What page are we on?" - Paul Morrison

"OMG - has anyone seen Hokeytown Musical Society's production of RENT?? Ours was a MILLION times BETTER!!! #justsaying

"And the decision to set it in an Australian mining town...just inspired" - Christopher Batkin

"Yeah our version of Cats was so much better than the professional show. Those leads couldn't sing it half as good as youz" - Debora Krizak

"Yeah. It was terrible. Their characterisations appeared dead to me. At least our cast lived through to the end of the show and delivered on a toe-tapping show-stopping tap number" - Brendan Dieckmann 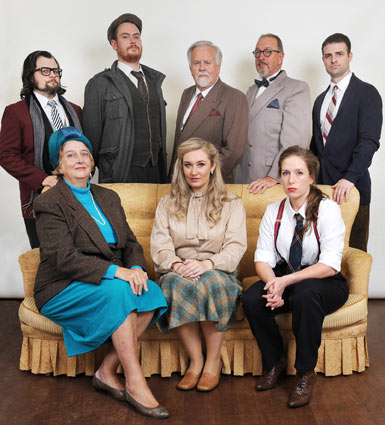 "Hi guys, playwright here! Over the weekend we got a cease and desist from the legal team at "Cats!", saying that the name "Bats! The Flu-sical" was too close of a name. With only a week until opening night, we need new name suggestions urgently!"

"Hey guys, I know that we've been fielding suggestions for our little musical but come on! Titles like Deep Into the Woods and South-Westside Story are not helpful, Also Phantom of the Opera House and The Pirates of Penrith, The Lion King and I, are problematic! Thinking caps on please.

"The Sound of Muzak"  - Cheryl A. Franklin

"Sunday in a Mask with George" - Karlis Zaid

"Schrodinger's Hamlet: To be AND Not to be" - Jon McKay

"The role literally said "Asian Woman". I'm the only Asian who auditioned. How did I not get the role?"

"the director felt that a white man in drag pretending to be an asian was more authentically racist." - Callan Fleming

"A previous Prime Minister declared that we are part of Asia. So the roles of Kim and The Engineer in Miss Saigon will be played by Karen and Gavin" - David Tricks

"It's a British play, by Asian they meant Indian or Pakistani descent." - Beng Oh

(reply was made in ALL CAPS) "I WOULD JUST LIKE TO SAY HOW THANKFUL I AM THAT THE CASTING DIRECTOR GAVE ME A CHANCE, TO LOOK PAST MY WHITENESS AND DISCOVER THE STRONG ASIAN FEMALE LEAD WITHIN MY PSYCHE" - Dana Cordelia Morgan A month back the page almost imploded, with posts that were described by some as toxic.  Mcgirr was forced to update the rules.

1. Be Kind and Courteous

We're all in this together to create a welcoming environment. Let's treat everyone with respect. Healthy debates are natural, but kindness is required. Discussions that are clearly no longer constructive and obviously just arguments will be removed, regardless of your political ideology.

2. Respect yourself and those around you!

Outright racist, sexist, comments won't be tolerated. Be aware that while this is a parody group, that your engagement with someone might not always travel well. People of all experiences are in this group, so if your humour doesn't land with a number of people, be prepared to apologise for the misunderstanding and move on.

The best way to ensure this group remains as healthy as possible for everyone is to call out any problematic comments/posts by REPORTING them. Again. REPORT content you think is going too far. You have a voice in this group, but making a post that vaguely mentions what made you post instead of directly reporting the content doesn't resolve the issue, it will just add fuel to the fire.

Remember, the sole purpose here is to roleplay as a group of people rehearsing for the same performance, in all the highs and lows it comes with. Posts here are intentionally made to be loved by how much we hate dealing with them in real life.

The new edict did the trick with “toxic” posts on the wane. Reaction to the rules was mixed.

Graham Yates  “You have my thanks and admiration for coming up with a brilliantly simple idea that's been a catalyst for such joyful creativity for so many.”

Melissa Tamaraz: “Too many people with an agenda. There are plenty of FB pages that request no politics. This has become a really aggressive page.”

Daniel Tobias: “You are making me and so many of my friends so happy during this tough time. More strength to your arm.”

Tell Stage Whispers what you think are the funniest posts on this facebook page?