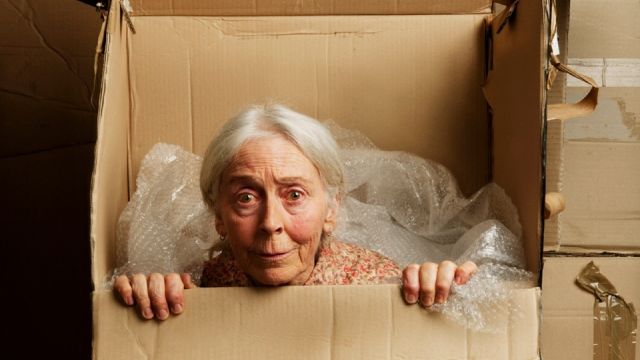 Tommy Murphy spoke to David Spicer about his new play Gwen in Purgatory, which plays at Belvoir Street Theatre in Sydney until September 19, then at La Boite in Brisbane from September 29 to October 24.
Gwen in Purgatory is described as an existential comedy about an African missionary in the wilderness of Australian suburbia.

Was this a commission or did you pitch the idea?
It was both, in a way. The opportunity to write Gwen in Purgatory resulted from the Philip Parsons Award. The shortlisted writers are required to propose a play: the first prize is a commission to write it. I initially proposed a play about memory. That idea faded a little. Neil (Armfield) had always guided me towards a play centering on a family. He was wise to do so, not only because as one of eight kids it was rich terrain, but because family is inherently dramatic, amusing and potentially confronting. Strangely, late in the piece I found that the original impulse to write about memory had in fact remained. Much of Gwen in Purgatory is underpinned by disputed memories. Perhaps this is a likely conflict in a family, among people who may have opposing interpretations of their shared history and shared identity.

Can playwrights really write a good play from a commission or do they need to have the story burning away inside?
I think this is a story that was burning away inside. By the time I began the actual writing I was unconsciously plotting this tale. Gwen in Purgatory also portrays a heritage and voices close to my heart, so close that they are a part of me … and I’m allowed to poke fun at them.
But this play is also the product of the guidance of my dramaturg, Eamon Flack, and, Neil Armfield, the director. Plays do not arrive fully formed and playwrights cannot survive in isolation. We write for theatre because we thrive in a community. I love being given a task, responding to my collaborators’ impulses as well as my own, and I seek out moments when they extend the possibilities of my writing.

What is the play about?
Duty. I find the duty of care we have for each other, and our attempts to avoid it, powerfully dramatic. I find loneliness and reminders of our mortality almighty forces in human life.

What are the comparisons between the city fringes and the wilderness?
This is not an urban story. The play is set in Queanbeyan, which is the town (now city) next to where they plonked Canberra. Gwen has grown up in Queanbeyan and remembers it before there was a nation’s capital up the road. I hope that landscape helps tell her story. She has witnessed monumental change. More specifically, Gwen’s new house is the first to be built in a new estate. She has chosen to live here, to sell the old house, discard with painful memories, and wrest control of her remaining years. But on this day when we meet her, her first morning in the new house, she is unsure if the remote control in her hand operates the air-conditioner or the fan forced oven, she is afraid to back the car out of the automatic garage door and not even the parish priest can help. Gwen finds herself in purgatory.

You live in the inner city … are you prejudiced against people who live in the outer suburbs?
No.

Have both the cast and Neil helped you tweak the play?
We have been making the odd adjustment, as always, in rehearsals. Belvoir also developed the play with regular workshops with actors. I’m always open to actors’ impulses with a character. My cast for Gwen in Purgatory have clocked up some pretty impressive years of service; I’d be mad not to make use of their ideas. The cast are Nathaniel Dean, Grant Dodwell, Sue Ingleton, Melissa Jaffer and Pacharo Mzembe.

Opening Nights … do you love them or loathe them?

I’m very excited about opening night. The audience and critical response are of course unpredictable so there’s no point worrying about that. You just have to be true to the needs of the project and I think we are managing that. Rehearsals are very rewarding thus far.

Looking at your career in general - has Holding the Man given you the capacity to be a full-time writer?
I’ve been writing full-time since my time at Griffin, where I wrote Strangers in Between and then Holding the Man. I feel very grateful to have a job that I enjoy so much. It is of course challenging and not financially stable but it has its rewards.

How did you become a writer?
I began writing as a teenager in my home town of Queanbeyan. I was lucky enough to find encouragement and nurture everywhere I turned: SUDS, ATYP, NIDA and at various theatre companies. I’ve had some key mentors who have helped me along.