Hairspray for Sydney in June 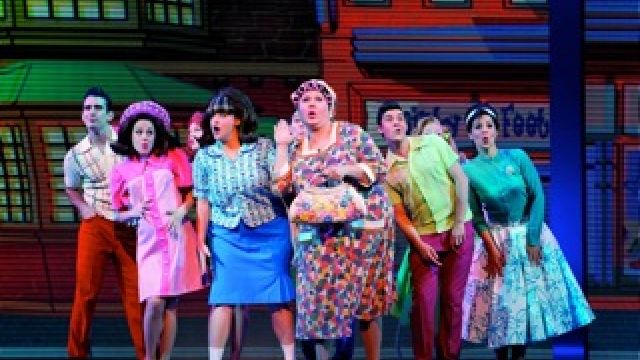 Following its Melbourne season, Hairspray will play at Sydney’s Lyric Theatre for a limited season only opening on Thursday 23 June.

It is 1962 – the ‘50s are out and change is in the air. Baltimore’s Tracy Turnblad, a big girl with big hair and an even bigger heart, has only one passion: to DANCE! She wins a spot on the local TV dance program, “The Corny Collins Show” and, overnight, is transformed from outsider to irrepressible teen celebrity. But can a plus-size trendsetter in dance and fashion vanquish the program’s reigning princess, win the heart of heartthrob Link Larkin, and integrate a television show without denting her ‘do? Only in Hairspray! Welcome to the ‘60s!

This all-Australian production of the multi-award winning Broadway musical is conceived and directed by David Atkins OAM and uses cutting-edge technology to transport audiences to a visually astonishing world where anything seems possible, with electric choreography by Jason Coleman.

Produced by Dainty Consolidated Entertainment and Roadshow Live, Hairspray the Musical opened in Melbourne on October 3, 2010, and will play its final performance at the Princess Theatre on Sunday, May 1. 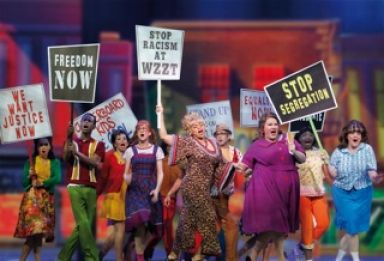 Starring in the lead role of the girl with big dreams and big hair, Tracy Turnblad, is newcomer Jaz Flowers. Her performance in Hairspray has quickly elevated her into one of the brightest stars on the Australian musical theatre scene. Of Flowers’ performance The Herald Sun said “A star is born.”, The Sunday Age enthused, “Flowers is instantly adorable in the lead”, and The Sunday Herald Sun agreed, “Flowers is fantastic as Tracy…she has moves and a voice to bring the house down.”

Tracy’s doting mum and humble housewife Edna will again be played by “the busiest man in Australian show-business”, Trevor Ashley. Whether it be as a writer, musical director, performer or producer – there truly is no end to his talent and his performance as Edna has had critics reaching for superlatives, with The Sunday Age saying “Trevor Ashley has more show-stopping moments than are seen in entire careers.”

Scott Irwin will play Corny Collins and American R&B star Tevin Campbell recreates the role of Seaweed, which he played on Broadway to great acclaim.

Hairspray will play in Sydney’s Lyric Theatre for a strictly limited season and is the “must see” musical of 2011.

Read our earlier coverage of the Melbourne season.