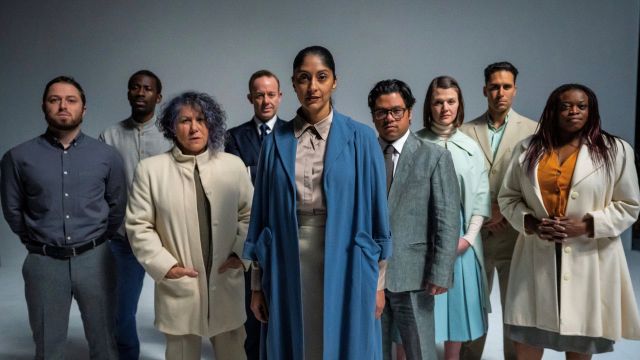 Under the direction of Artistic Director Mitchell Butel, this theatrical epic imagined by award-winning designer Jonathon Oxlade will take audiences across the globe in three acts as it conceptualises what might happen to the natural world if humans were to hibernate for a year.

With shades of Black Mirror and An Inconvenient Truth, Hibernation is set during a time of environmental calamity 10 years from now, where the entire global population is ordered to hibernate to combat the effects of climate change - and hopefully save the world and themselves. An anesthetic gas is launched into the atmosphere and the human population is plunged into a deep sleep, leaving the natural world to reset. When the world wakes up, citizens must forge their lives in a new wilderness.

Hibernation explores the climate crisis and the pressures inflicted upon the earth by humanity, and on a macro level navigates the impact of individual actions and the concept of stillness as a movement.

Finegan Kruckemeyer, who developed the concept in 2019 and was writing the play as COVID-19 took hold worldwide, says Hibernation draws eerie parallels to the lockdowns that have defined our past year.

“The idea that had roused me from dreams, was about a world falling into them. And the writing of that world, strangely became the witnessing of it, as 2020 slowly mutated into what we now know it to be – something both epic and intimate, conceptually foreign and definitively local,” he says.