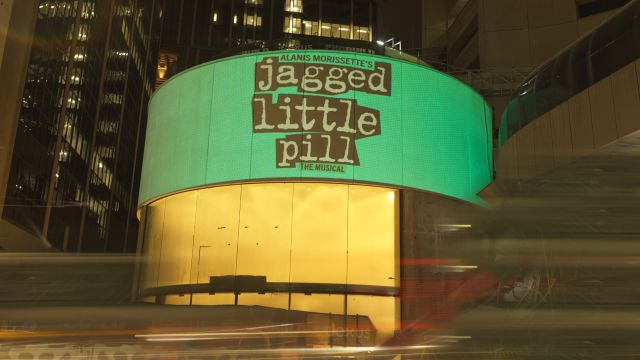 After originating the lead role of Muriel in Muriel’s Wedding the Musical, and recently performing in the US tour of Dear Evan Hansen Maggie McKenna stars as Jo, with emerging stage and theatre performer Grace Miell playing Bella and Phoenix is played by AYDAN (The Voice, Fangirls). 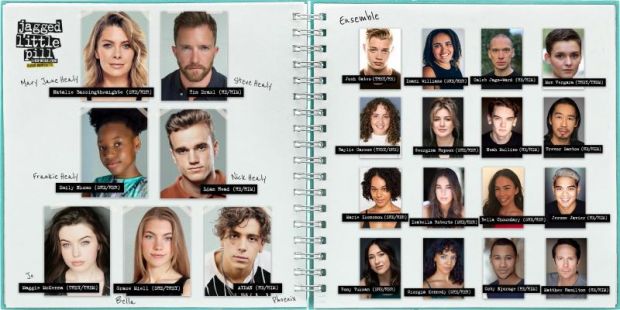 Tony Award winning Director Diane Paulus said, “We are thrilled to welcome this incredible Australian company to the Jagged Little Pill family, led by the remarkable Natalie and Maggie. It was so special to have members of the Australian cast and creative team working with us on the ground in New York to begin our rehearsal process. I can’t wait for Australian audiences—the first beyond Broadway—to experience Alanis Morrisette’s electrifying music in this story about family and healing.”

Tim Draxl said of his casting, “I was introduced to Alanis Morrisette and Jagged Little Pill when I was a teenager through my older brother, and it truly was the album that took me from my jazz and musical theatre collection into the world of meaningfully written pop music. It was my road trip album of choice back then and now I am excited to be bringing those same songs to life in this important contemporary story with Nat Bass as my co-star and the rest of this incredible cast.”

“Oh my goodness I am beyond excited to be cast in my very first professional musical theatre production and none other than a Tony Award winning Broadway show like Jagged Little Pill! I love the character of Frankie so much. She's strong, complex, rebellious, and socially aware. I seriously can’t wait to get to embody her whilst performing some of Alanis Morissette’s best songs,” said Emily Nkomo.

Liam Head commented, “I’m so excited to be onstage, working with artists that I have watched and admired from the audience for so long. I cannot wait to jump into the rehearsal room and start developing the role of Nick, working off the brilliant cast and creatives around me. The soundtrack is amazing, the Tony award winning script is amazing, the creatives are amazing - It will certainly be a very full, and very rewarding experience.”

“As a non binary, queer human, there are not many roles that I audition for (let alone see on stage) that get to explore gender and sexual queerness. I was drawn to this role because Jo’s journey resonates with me, and I have experienced a lot of what Jo grapples with through the show. The conversations around this role have been incredibly important and needed. We need theatre to be an inclusive, safe and inviting space for everyone. I stand with my trans and GNC sibs and I am proud and honoured to be a part of this community. Our voices are needed in this space right now. We deserve to be seen, heard and represented and I feel very privileged that through this opportunity, I will get to use my voice as I step into the role of Jo in Jagged Little Pill,” said Maggie McKenna

“We are thrilled that in the same week that our Broadway production returns for live performances, we are also announcing our talented and diverse Australian cast and beginning rehearsals in Sydney. We can’t wait for audiences in Australia to see this story of radical honesty, radical forgiveness and radical inclusion,” said producers Vivek J. Tiwary, Arvind Ethan David and Eva Price.

Inspired by the rock album of the same name by seven-time Grammy Award winner Alanis Morissette, JAGGED LITTLE PILL is a new musical with an original story about a perfectly imperfect American family, written by Tony and Academy Award-winner Diablo Cody (Juno, Tully). Ignited by Morissette’s groundbreaking lyrics and music – from beloved hits such as “You Oughta Know,” “Head Over Feet,” “Hand In My Pocket,” and “Ironic”, to brand new songs written for the show – JAGGED LITTLE PILL is directed by Tony Award winner Diane Paulus (Waitress, Pippin). Through choreography by Tony Award nominee and frequent Beyoncé collaborator Sidi Larbi Cherkaoui (“Apesh*t”; “Love Drought/Sandcastles” Live at The Grammys), and with an onstage band under the Musical Supervision, Orchestrations and Arrangements of Grammy, Tony and Pulitzer Prize winner Tom Kitt (Next to Normal, American Idiot).

The story of JAGGED LITTLE PILL centres around the Healy’s, a seemingly perfect suburban family striving to hide the cracks beneath the surface when a troubling event shakes their community. Driven by the themes and emotions of the original album, the musical embraces today’s powerful social voice and burns with passion in its uplifting storytelling, ultimately highlighting the hope and healing that comes when people come together.

Released on June 13, 1995, the tremendous success of Alanis Morissette’s album Jagged Little Pill skyrocketed her to become the bestselling international debut artist in history; a title she still holds, with the record’s sales reaching 33 million copies worldwide and winning 5 Grammy Awards. Now, 25 years after its release, Jagged Little Pill continues to be one of the Top 20 Best-Selling Albums of All Time. In Australia, the album has sold in excess of one million albums, is certified 2 x Diamond, spent 10 weeks at #1 and was the highest selling album in 1996. With 10 eclectic and acclaimed albums released over the subsequent years, Morissette’s music has garnered 7 Grammy Awards (with 14 nominations), a Golden Globe nomination, and total sales of over 60 million albums.

JAGGED LITTLE PILL opened on Broadway in December 2019 following its record-breaking, sold-out world premiere at the American Repertory Theater. Fans and critics were unapologetic with their love for the musical and are now awaiting its triumphant post Covid Broadway return on October 21st. Its success continued throughout the pause with a 2021 Grammy Award win for the Best Musical Theatre Album released through Atlantic Records and receiving 15 Tony Award nominations and winning 2 awards - Best Book of a Musical for Diablo Cody and Best featured Actress in a Musical for Lauren Patten.

The Australasian premiere of JAGGED LITTLE PILL in Sydney is supported by the NSW Government through Create NSW and Destination NSW.

All performances will have conditions of entry adhering to the relevant State Government Public Health Orders and health advice.