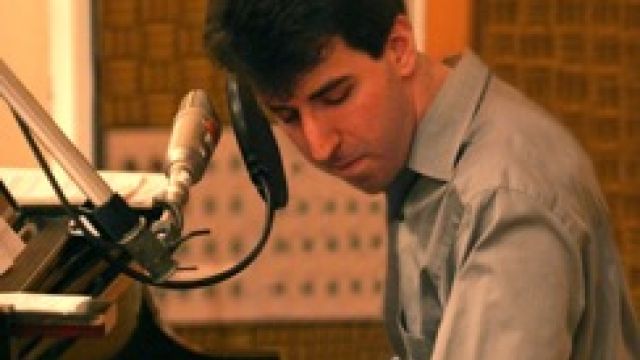 Following sell-out concerts in New York, Europe and the West End, the Tony Award-winning composer, Jason Robert Brown will perform The One Night Only Tour in Sydney, Melbourne, Adelaide, Brisbane and Perth.

Joined by special guest, Rachael Beck, one of Australia’s brightest stars of musical theatre, the pianist, singer, and critically acclaimed composer will be performing brand new, previously unheard material, as well as a selection of songs from his shows; Songs for a New World, Parade, The Last 5 Years and 13.

Hailed as "one of Broadway's smartest and most sophisticated songwriters since Stephen Sondheim”and influenced by musical legends such as Leonard Bernstein, Billy Joel, Paul Simon, Joni Mitchell and Stevie Wonder, Jason Robert Brown is a composer and lyricist who has amassed an impressive body-of-work and a dedicated following from musical theatre fans worldwide.

The Last 5 Years was named one of Time Magazine’s 10 Best of 2001 and won Drama Desk Awards for Best Music and Best Lyrics.

Parade, which was directed by the legendary Harold Prince premiered at Lincoln Center Theatre in 1998, and subsequently won both the Drama Desk and New York Drama Critics’ Circle Awards for Best New Musical, as well as garnering Jason the Tony Award for Original Score.

Jason’s credits also include Songs for a New World, a theatrical song cycle, which played Off Broadway in 1995, and has since been seen in hundreds of productions around the world.

Brown is renowned for his masterclasses and will be working with budding Australian performers in public workshops being held in each city.

Presented in Australia by Your Management International, The One Night Only Tour is a rare opportunity to see one of the finest exponents of contemporary musical theatre at the peak of his career.

Producer, Jeremy Youett said, “It’s a thrill to be bringing one of the worlds most acclaimed and prolific contemporary composers of Music Theatre out to Australia to perform a series of concerts across the country with one of the greatest talents of the Australian stage and screen, Rachael Beck. Jason is also excited about the opportunity to work with our home grown talent in a series of Master Classes being held across the country while he is here.”

Ian Nisbet’s Q & A with Jason Robert Brown appears in the January / February 2011 edition of Stage Whispers, but here's a sneak preview.

Ian Nisbet: Your Australian and New Zealand tour includes workshops and a number of public performances. What can audiences expect when they see you performing your own material, with your own band, live on stage?

Jason Robert Brown: Getting to perform is a dream come true for me – I sort of gave up on my desire to be Billy Joel once I got to college, so the fact that I get to travel all over the world and sing and play the piano feels like a miracle.  Generally, my shows are a pretty even mix of songs from all of my shows and albums, and then I usually try out a couple of new numbers too.  I've got Rachael Beck joining me in the Antipodes for this round, so that means there's a fantastic and beautiful singer in addition to Old Hatchet-Face at the piano. I like to think the concerts are a lot of fun, and there's often a considerable amount of improvising and spontaneity, so you never really know what to expect!

Subscribe or advance order your copy of Stage Whispers to read the full article - http://www.stagewhispers.com.au/subscribe

Registration for the public masterclasses in essential.

Information and Booking Forms for public masterclasses can be downloaded from January 1st 2011 at: