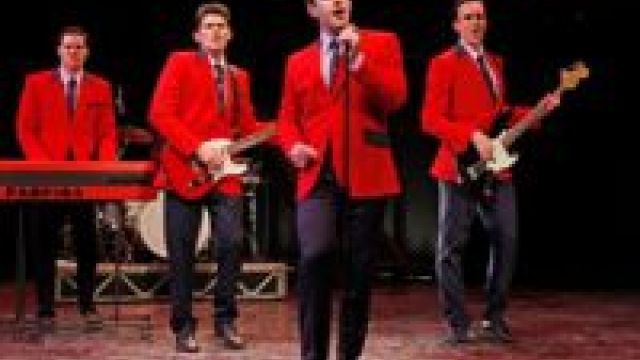 Jersey Boys was the most awarded production at Melbourne’s Green Room Awards on Monday March 15, 2010, taking out seven awards.

When the Rain Stops Falling also won the Green Room Association Award for New Writing for the Australian Stage.

In the Theatre – Alternative and Hybrid Performance category, en route (bettybooke) took out awards for Production and Creative Collaboration. Lawn (Splintergroup – Malthouse Theatre in Association with Arts House presents a Brisbane Powerhouse and Dancenorth Production) was recognized for both Composition and/or Sound Design and Set and/or Costume Design. Lawn was also recognised in the Dance category.

In Dance Splintergroup was the big winner, with Roadkill and Lawn claiming four awards between them - Concept & Realisation, Male Dancer, Dance Ensemble and Design.

Best Cabaret Production went to Songs from the 86 Tram (The Bedroom Philosopher). Tim Minchin took out Cabaret awards for Artiste and Original Songs (Ready For This). The Suitcase Royale was recognised for Innovative Use of Form and Ensemble (Space Show).