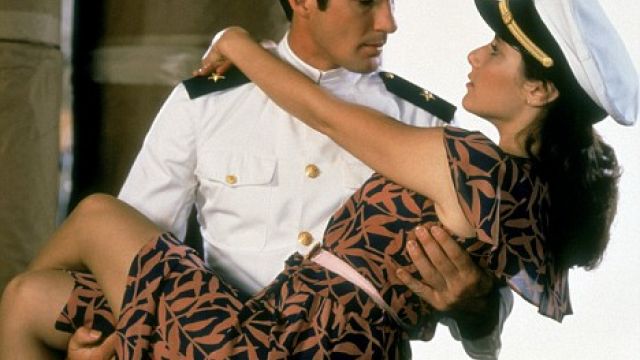 For our latest coverage of the launch on Monday August 15, 2011, go to http://www.stagewhispers.com.au/news/officer-and-gentleman

An impressive creative team has been assembled to bring this popular film to life on the stage: book by Douglas Day Stewart and Sharleen Cooper Cohen, music and lyrics by Kenneth W. Hirsch and Robin Lerner and directed by Simon Phillips (Priscilla Queen of the Desert – the Musical).

This presentation of An Officer and a Gentleman is being produced by The Gordon Frost Organisation, Officer Productions LLC, Anita Waxman and Tom Dokton in association with Paramount Pictures and Warner Bros Theatre Ventures.

Music Theatre Impressario John Frost is set launch a stage musical of the 1982 movie An Officer and a Gentleman. A workshop production of the musical adaptation took place at The Melbourne Theatre Company in November under the direction of Simon Phillips.
John Frost told Stage Whispers, "I am thrilled to report that the workshop was very successful and we will be actively looking for a home for this show.”
An Officer and a Gentleman is a 1982 film which tells the story of a US Navy aviation Officer Candidate (played by Richard Gere) who comes into conflict with a Marine Corps Gunnery Sergeant who trains him.
The musical adapation is by US creatives. Words and music by: Robin Lerner and Ken Hirsh Book by: Douglas Day Stewart and Sharleen Cooper Cohen.
It has original music, apart from the song from the movie Love Lifts Us Up Where We Belong.