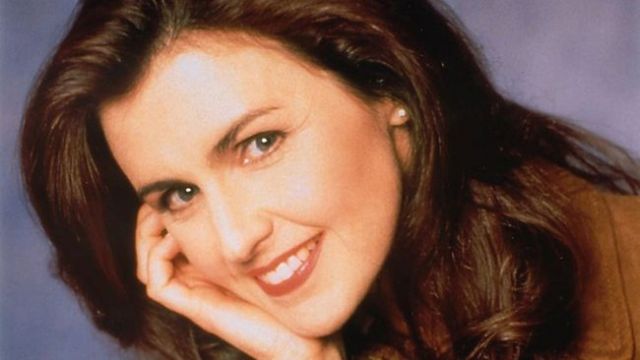 STOP PRESS -  Hit Productions is back seeking Government funds for tours in 2014. Industry appears to be giving Christine Harris a second chance.

A meeting was held on January the 9th in Melbourne, chaired by Liquidator David Loftus of SV Partners, to begin the process of winding the company up.

Follow Your Dreams ( Aust ) Pty Ltd has, in the past, been the vehicle for Christine Harris’ touring company known as Hit Productions.

Hit Productions has seven major tours planned for 2013 in more than 50 venues across Australia  with stars including John Wood, Henri Szeps and Amanda Muggleton.

This includes tours of The Club, They're Playing our Song and The 39 Steps.

Christine Harris told Stage Whispers that the shows will go on.

“Yes, all shows scheduled for 2013 will go ahead as planned. Having supplied quality theatre touring productions since 1999, many venues across Australia relied on Follow Your Dreams Australia Pty Ltd (FYD) for their professional product and to remove this opportunity would have devastating consequences for those venues and their communities. Therefore HIT Productions Pty Ltd will honour the commitment by FYD to stage these productions in 2013 and beyond.“

The debtors for Follow Your Dreams  ( Aust ) Pty Ltd are listed on the Liquidator’s report seen by Stage Whispers, as firstly Christine Harris for $900,000, secured by a floating charge over the company’s assets, followed by an extensive list of unsecured creditors. The largest is The Australian Tax Office with a debt of $692,000.

Others include the music publishing businesses: APRA, Universal Music Publishing, EMI and Warner Chappell Music.   There are also sound and light companies, NIDA, a printing company, radio and newspapers, Cab Charge, an insurance broker, a New York Producer and the writer of Menopause the Musical.

These debts range from several hundred dollars to $17,000 owed to Universal Musical.

Stage Whispers asked Christine Harris if she will have trouble running her business with all these companies owed money?

She replied: “Unfortunately we are unable to comment with respect to the debts of FYD.”

Stage Whispers also asked her how viable is regional touring is if you make such big losses?

“The losses incurred by FYD were not the result of regional touring activity and therefore going forward HIT Productions Pty Ltd does not believe that its regional tours are at risk.”

Stage Whispers also notes that no actors,creatives or crew are listed as unsecured creditors on the liquidation document, which we assume means they have been paid in full.

Is your business affected by this? Do you know more? Contact neil@stagewhispers.com.au

I am the author of Motherhood the Musical, which just finished a two-year run in Australia by HIT Productions. I believe that my USA producer, GFour Productions is listed as a creditor, and in turn, they are supposed to pay me my author's royalties. So, as a follow up to your article, the creative team is indeed owed money by Ms. Harris and whatever company she chooses to go by nowadays. Also, any and all music publishers (i.e. Universal, Warner-Chappell, etc) listed as creditors would also affect the creative team, as songwriters are paid through these publishers.

In respect to Ms. Harris's cavalier comment about whether or not the tours she has planned for 2013 will go on:  ... to "remove this opportunity would have devastating consequences for those venues and their communities", -  please let her know that by not paying the people she currently owes, while continuing to run the same company under a different name, ALSO has devastating consequences - like perhaps putting food on the table for my three children while I wait years to recover my losses.

I can only hope that people will boycott all shows by HIT Productions, until they can make good on the money currently owed.

(Stage Whispers can confirm that GFour Productions is owed $11,183.23)

Just to comment on your story, you ended with the line that you were pleased to see that no actors or creatives were owed money. I'd like to point out that in owing the rights to collecting agencies, writers and composers are likely to not be getting paid. And presenting venues frequently will have paid money specifically allocated to royalties so this should not have happened.

"Stage Whispers is pleased to note that no actors or creatives are listed as unsecured creditors..." - What a distasteful comment! Producers, technicians, accountants, venue managers etc, are all people too you know.

(Thankyou Tom, we have amended the offending wording there now. Our correspondence makes it clear that some creatives, ie writers and composers, via their agents, are also among the known creditors.)

Victoria Houston
National Live Performance Industrial Officer from the MEAA has written the following memo to Actors employed by Hit Productions in 2013.

Equity is concerned that performers who  work for the company may not get paid. In the past, if we have held this type of concern we have sought a 4 weeks wages bond from the producer prior to a show going ahead. Equity holds onto this bond in the event that people stop being paid. If all goes well, Equity hands the bond back to the producer.

We feel that this would be sensible in this instance, so I will make contact with Christine to discuss. If Hit Productions are not willing to provide this bond prior to the commencement of rehearsals on each show, we advise performers to proceed with caution."