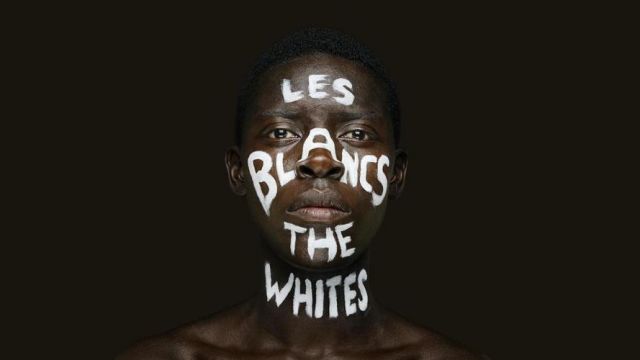 An African country teeters on the edge of civil war. A society prepares to drive out its colonial present and claim an independent future. Tshembe, returned home from England for his father’s funeral, finds himself in the eye of the storm.

A work that confronts the hope and tragedy of revolution. Les Blancs was filmed for the National Theatre Archive in 2016.

Les Blancsmarked the National Theatre debut of the multi-award-winning director Yaël Farber, whose productions include The Crucible (Old Vic) and the internationally acclaimed Mies Julie and Nirbhaya. This production is adapted by Robert Nemiroff and the restored text directed by Joi Gresham.

Presented in memory of Nofenishala Mvotyo, who played friction drum (masengwana) in Les Blancs and was a preserver of the Xhosa culture, as well as an ambassador of the split-toned, throat deep sounds that normally echo in the mountains of Ngqoko.

The running time is 2 hours 30 minutes with a very short interval.

This play is about imperialism, racism, and colonialism and contains scenes of racially motivated violence, that some people may find distressing.

The full list of cast and creatives is available here: https://www.nationaltheatre.org.uk/sites/default/files/national-theatre-at-home-les-blancs-cast-list.pdf