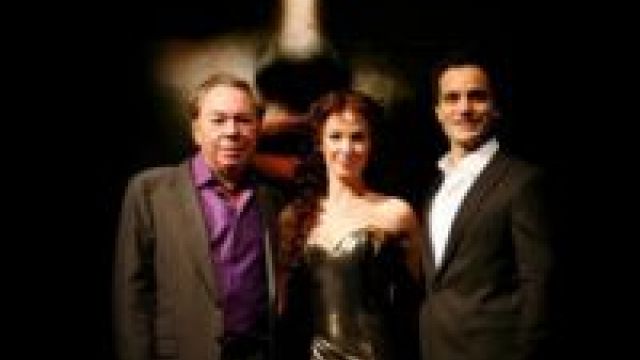 Both Peter Pinne and David Spicer recently caught up with the highly anticipated Lloyd Webber follow up to Phantom, Love Never Dies, in the West End.

Peter Pinne reports:
There is no doubt that Andrew Lloyd Webber is a brand name. You know what you’re going to get with one of his shows - lush music, glorious singing, and state-of-the art production values.
His newest musical, Love Never Dies - Phantom 2, delivers on all counts. Its score is hauntingly romantic, possibly Lloyd Webber’s finest since the original The Phantom Of The Opera, the singing is breathtaking, especially by the two leads Ramin Karimloo (the Phantom) and Sierra Boggess (Christine), and the production cleverly uses video and an assortment of animated models to portray the period.
It’s now 1909, ten years later that the original show, and the Phantom has decamped to New York’s Coney Island along with Madame Giry (Liz Robertson) and her daughter Meg (Summer Strallen). He’s running a fairground called ‘Phantasma.’ Christine, married to Raoul (Joseph Millson) who has become a gambler and alcoholic in the ensuing years, is now a big opera star in Europe. She’s booked to appear at the attraction, unaware it is run by the Phantom. When she arrives in New York, she is accompanied by her husband, and ten-year-old son, Gustav, whose father might not be Raoul but the Phantom.
All is revealed at show’s end, but not before we’ve had some thrilling moments of spectacle and song. The two showstoppers are the Phantom’s first act “’Til I Hear You Sing,” which Karimloo delivers with spine-tingling passion, and Christine’s title song, which soars in the hands of Boggess’ lyrical soprano.
The show is very operetta-ish and the drama is of the ’melo’ variety, with a stronger second act than first. The plot could do with a lot more weight, but the finale is packed with emotion and brings a lump to the throat and tears. Will it be as successful as the original? Only time will tell.

Meanwhile David Spicer also snared a ticket and adds his tuppence worth …
With some beautiful tunes, a sumptuous set and special effects to die for, Love Never Dies is destined for a long run around the world.
In my view however it wont be as successful as Phantom.
One critical internet wit dubbed it ‘Paint Never Dries’ because Love Never Dies moves at times at a snail's pace.
Those used to a blockbuster opening are greeted instead with reflective arias.
The slow pace of the show is not the biggest weakness of the musical.
The book is weakest link. I never feared the Phantom, I never felt anything for Christine or her son, and Raoul left me cold.
It is like a gorgeously wrapped present that is a disappointing when you open it up.
I sat with friends and we predicted the course of the musical.
When it comes to your town, you should attend for the spectacle and gorgeous music, but don't expect to be moved.

More on Love Never Dies and plenty of other West End and Broadway news in the forthcoming May / June issue of Stage Whispers, including Peter's experience of the first Broadway preview on The Adams Family, starring Nathan Lane.

Subscribe and receive your copy hot off the presses - www.stagewhispers.com.au/subscribe