Making a Full-time Living in the Performing Arts 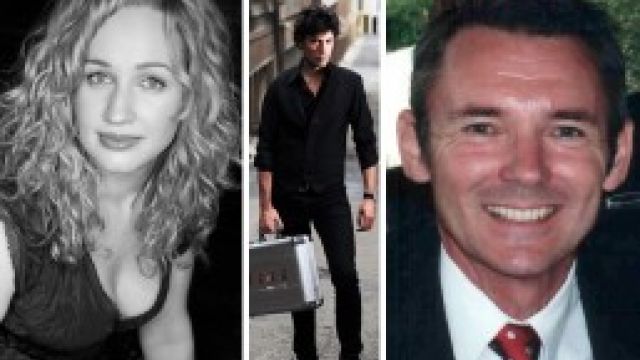 Neil Ward (publicist), Zoe Jarrett (performer) and Adam Mada (magician) have followed different paths to financial success. They show that to succeed, there's no one right way to do things, no infallible blueprint that everyone can follow. But their stories do show that it is possible to make a full-time living in the performing arts. Daniel G Taylor speaks to this diverse, talented trio.

For many of us, the dream of becoming an actor or a singer or a dancer begins in childhood. But then we become adults and discover this barrier called money. We get told by friends and family that no one —except the really lucky/talented/beautiful people —ever make a substantial living from the performing arts.

The truth, however, is that that is a crock of decades-old tripe cooked up by people who did the best with what they knew but failed to make any money. Because they failed, they believe that life is lived upon a wicked stage.

But not everyone in the performing arts is either starving or waiting on tables for real money in between doing what they love —even if you don't know their names. In this article, we speak to three people —a publicist, a performer and a magician —who have all gone about success in different ways and have all succeeded in making a living in the performing arts. Pick up some practical tips for how you can do the same and get inspired by the fact that others are making money —even now in the post-GFC world. For journalists, editors and producers, Neil Ward is like a triple chocolate mudcake to a chocaholic. He is professional and friendly, responding to media requests promptly and with flexiblity, recognizing that just because a story about one of his shows is important to him, doesn't mean that it matters to the media. Above all, however, he follows through on the things he says he will do.

Despite being an expert publicist, publicity wasn't what Ward set out to do. In the early 1980s, he was doing a communications studies degree at Uni SA, because he wanted to get into radio. While studying, he was volunteering at Radio 5UV (now Radio Adelaide) to learn to use the equipment.

One day the station director told him that the Adelaide Festival Centre Trust wanted to put together a weekly showcase. Ward was asked if he wanted to produce and present it.

Over the year that he did, Ward built many relationships within the arts industry. When the publicity manager job at the Festival Centre became available, he applied and, to his surprise, given his lack of PR experience, he got the job.

Eight years on, Ward burnt out because of the relentless draining pace. He resigned from the Festival Centre and then collapsed.

Again his career took an unexpected turn. His good colleague and Sydney arts publicist, the late Judith Johnson offered him the chance to handle the Adelaide publicity for Clive James and he took it. After his success with that, he got more offers.

But he cautions. "You can have all the connections in the world," Ward says. "But it won't do you any good if you're no good at what you do."

When it comes to building relationships, he says, "I don't set out to woo people, but to have some fun as we all get along. You have to treat everyone as fairly as you can. Someone may be writing for a small publication one day and be a big-time editor the next."

It took Ward about a year from the time he started out as a freelancer to the time he was earning a living from his work. He decided early on to keep things small. Being available —and competent —made him an attractive choice to clients like the Festival Centre, who used him whenever they had an overflow of work.

And his thoughts on how to earn a living? "I think it's the old thing of focus on something you want to do and do it well, then the living will come. The Arts is not a big payer. I could probably make more money if I did something else, but here I have choice." Make a joke to Adam Mada about making the Sydney Opera House disappear and he lists the preparation he'd need to do to make it happen —the council permits, the equipment and what seemed like a silly joke has become a possibility. Everything about him trumpets one thing —professional.

Mada, whose magic has been seen on Channel Nine's The Real Hustle, was working as a software developer and doing magic part-time when he reached the crunch point artists always face —keep the security of his job or pursue his passions full-time. Like many people in the arts, he'd always heard that getting into the arts meant you had to starve.

"Unfortunately the myth of the starving artist is a self-perpetuating one that so many artists put in front of themselves. I refused to buy into it. I knew when I started out that I'd need a business plan and I knew what sort of gigs I wanted."

Like Neil Ward, relationships helped Mada's success. He got his first regular gig from following up with a connection. He says, "Be persistent. Take the risk to be annoying. It is hard to judge the line between what is persistent and what is annoying, but everyone is so busy that they don't think about you. Who cares if you're a little annoying so long as you get the job?"

Mada explains his logic. "Unless people are persistent with me it never happens. I give people more respect when they follow up because I know they really want it."

Another wealth magnet he uncovered is to value yourself highly. "During the GFC a lot of artists dropped their fees. But once you drop your fees and drop your standards, you start sliding downward and it's hard to get back up. When you reduce your fee, you're dropping in value. If you say this is what I value myself at, then that's what people will pay you."

"Rather than taking a gig at half price because you need the work, starve for a week. When you drop your value it affects the industry." A year later they hired Mada and paid him what he asked for. "You're only as good as your last show, your last fee."

While many magicians have mastered the art of making things disappear, Adam Mada knows has become a genius at making the dollars appear from thin air. For Zoe Jarrett, making a full-time living in the performing arts comes down to luck.

The first six months after she graduated from WAAPA, nothing was auditioning and she was scared. So she got together with some friends and created some cabaret shows to make some money.

Eventually, however, the roles started coming —including Priscilla, Queen of the Desert, Fiddler on the Roof and Kiss Me Kate. She became an original cast member of Wicked in 2008 and is the only person in the world trained as an understudy for the roles of Elphaba Thropp and Madame Morrible.

While Jarrett raves about the education she got at WAAPA, she says, "There's only so much an institution can do. It's really up to the individual. Honestly, a lot of people have wonderful training, but a lot of it is luck and knowing what your 'type' is —what roles you're suitable for. The wonderful thing about WAAPA is that you get to figure out what your type is. You can take risks and fall on your ass because it's a learning institution. A lot of it comes down to luck."

Then she adds, "I don't know if you can create your own luck. I don't believe, 'It's not what you know, it's who you know'. I believe that it's what you know and the work you put in."

Article originally published in the March / April 2011 print edition of of Stage Whispers.