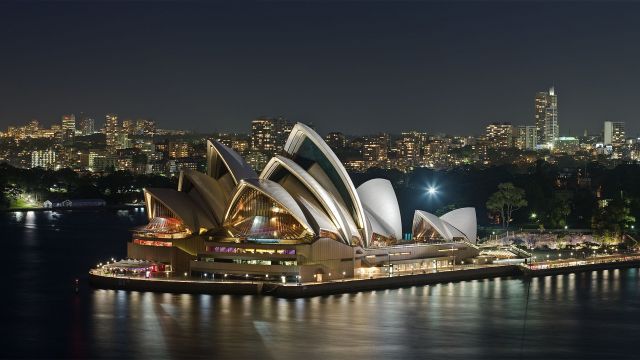 New restrictions announced yesterday by the Prime Minister limit the number of people allowed to congregate indoors for non-essential activities indoor to 100 -  forcing almost all professional and amateur theatre companies to close their doors.

The restrictions could be in place for six months - more or less.

The limit of 100 includes all people in the building needed to service the performing arts activity.

Opera Australia has announced that it is cancelling the rest of its Sydney Summer season including Handa's Opera on the harbour. Also cancelled is Opera's Australia's Melbourne Autumn season.

The Queensland Performing Arts Centre is closed until the end of April.

The Producer of Shrek the Musical announced that last Sunday's performance in Melbourne was the final performance of the production.

Producers of Come of Away have announced that their Melbourne season concluded on Sunday - but will return for a six week season in 2021.

Harry Potter in Melbourne is suspended and Charlie and the Chocolate Factory, which was to open at QPAC in Brisbane has been postponed.

Sydney's Hayes Theatre announced that it will closed until June 21. Cancelling the rest of the its season of The Bridges of Madison County and postponing its two next productions.

Sydney's Darlinghurst Theatre called off its season of A Chorus Line the day before its opening night and suspended the rest of its 2020 season.

The return Sydney season of Bran Nue Dae has been cancelled.

The Canberra Theatre Centre is closed to the public at least until April 19.

Live Performance Australia said yesterday that parts of the industry are on the brink of collapse.

The LPA called for a targeted and immediate support and stimulus package.

LPA Chief Executive, Evelyn Richardson, took part in an industry-wide teleconference with the Minister for Communications, Cyber Safety and the Arts yesterday morning.

“That was a useful opportunity for representatives from across the industry to tell the Minister how they were being impacted by the shutdown of events and venues due to coronavirus.

“But what we really need from Government right now is a plan of action,backed up by significant funding to support the thousands of people who are losing work across our industry.“

“Realistically, we’re looking at a 3-6-month closure period at least before any recovery phase. In this scenario we will have not just thousands of people out of work but major companies goingunder along with a decimated small to medium sector.

The industry also needsto ensure our service providers can survive so that when wereactivate, we have capacityto get moving as quickly as we can.

“Cash flow is our biggest problem and government needs to act quickly to put in place emergency measures toensure we survive.”

LPA is urging the Commonwealth, state and territory governments to develop an industry specific plan.