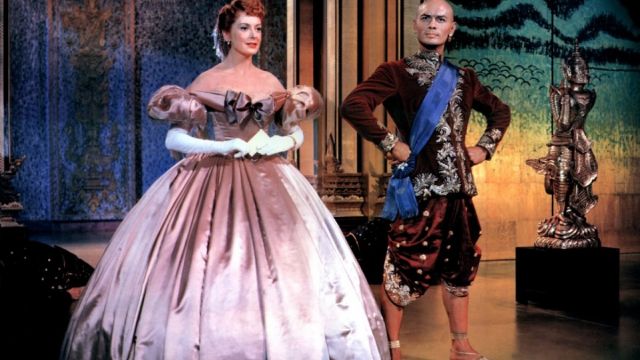 To celebrate the opening of The Production Company’s The King and I at the State Theatre in Melbourne, Stage Whispers reviewer Geoffrey Williams recalls meeting the actress who made Mrs Anna famous.

In 1979, one of my favourite actresses - Deborah Kerr - arrived in Melbourne to star in Frank Harvey's play The Day After The Fair at the Comedy Theatre. I was fifteen years old ... and it became my mission to meet her.

Based on the short story On The Western Circuit by Thomas Hardy, The Day After The Fair tells the story of Anna (Lynette Curran), a young, servant girl who meets an attractive stranger - Charles (Andrew Macfarlane), a barrister from London, at the local fair. Anna works for Edith (Deborah Kerr) - the unhappy and unfulfilled wife of the local brewery owner. When a letter arrives, to Anna from Charles, the illiterate Anna asks Edith to read it aloud to her. Edith does so, and is immediately captivated by the declarations of love and affection which have been sadly lacking in her own life. Edith, reluctantly, agrees to write a response which Anna dictates ... but as time goes on, Edith adopts the relationship as her own, but continues to sign the letters in Anna's name. Some months later, Anna reveals to Edith that she is pregnant, and the father is Charles. Believing that their unending love and devotion for each other will support them to the end of their days together and beyond, Charles proposes marriage and a wedding is arranged. The final scene of this monumental drama is the confrontation between Charles and Edith - when Edith confirms his worst nightmare: that instead of marrying this hapless, illiterate servant girl, it is in fact Edith that he is really in love with - and her with him.

I will never forget the final heart-beat of this production. Deborah Kerr, alone in the middle of a gargantuan set in a beautiful blue gown. As the love of her life strides out of the room, dragging his distraught new wife behind him, Deborah Kerr drew her hands to her face and threw her head back in utter despair. The stage, with the exception of the precise spot she was occupying, was plunged into darkness ... and Kerr's decimated Edith was alone in a blinding shaft of light from above, which - seconds later - was snapped to black.

I have never forgotten this night in the theatre. It is, I believe, one of my first truly great theatrical experiences.

It's Saturday morning and I make what will become the first of many telephone calls to the Comedy Theatre Box Office. It's the only number listed in the telephone directory. I say that I would like to meet Deborah Kerr. 'Impossible', is the response, and the call is ended. I'm fifteen years old. I don't fully comprehend impossible. I still don't. After waiting five minutes, I call the box office again. The lady on the end of the line politely explains that she is unable to grant my request, and again, the call is ended. Excuse me! I remember thinking ... getting my way with my own mother is never even this much hard work! I wait five minutes and call again. "This is the box office number darling", she tells me ... before recommending I call the Stage Door on the number she reads out to me, and ask to leave a message for someone called the Company Manager. I thank her, and we end our call.

No-one answers the Stage Door telephone. I try several times, but each and every time it rings out. I call my new friend at the Box Office again and explain that no-one is answering at the Stage Door. My friend laughs ... as I confirm that yes, I am going to call the Box Office every five minutes and repeat my request to meet Deborah Kerr. She asks me to wait a moment and, with what I imagine was her hand over the mouthpiece, talks to someone nearby. She takes her hand away from the mouthpiece and asks me if I will be happy to wait for a moment. Of course, I confirm, and I am put on hold.

I contemplate this new word 'impossible' ... and wonder how it can be applied to a young boy's request to meet one of his idols who is, after all, only an hour's drive away on Exhibition Street. We have a car ... the performance ends at some point ... and I have incredibly dutiful and obliging parents who will drive me. Where does this strange new concept of "impossible" figure in all this?

My friend comes back onto the phone. Can I be at the Stage Door after the performance this coming Friday night? Yes, I can be. Good, my friend confirms. You can meet Miss Kerr after the performance. Have I seen the play? Yes, I have ... and I prattle on about how much I loved it. My new friend interrupts me to tell me that she really has to go ... and I thank her for her time and effort. We end our call, and I race off to find the keepers of the car keys.

Friday afternoon finally arrives. I work, after school and sometimes on the weekend, at our local fruit shop and, quite possibly for the only time in my life, I have managed to save some money. My first stop is the florist. Now, you may not know this, but Deborah Kerr's favourite colour is blue ... so I march into the florist shop and ask for a bunch of blue flowers. Apparently, there are no blue flowers in stock. Here's that wretched 'impossible' again. I explain that I need blue flowers because I am going to meet Deborah Kerr tonight and her favourite colour is blue. The florist is immediately impressed, and suggests that we spray a bunch of white carnations with a can of blue dye. Perfect, I proclaim ... and five minutes later I am marching out of the shop with a bunch of, now blue, white carnations, wrapped in blue cellophane with a lovely big blue ribbon tied around them.

My next stop is the Milk Bar, where I buy a box of Cadbury chocolates in a purple box with a blue ribbon. Aha! A box of Cadbury chocolates in any colour other than purple really is impossible. I race home to get ready. I put on my best suit, shirt and tie ... and with my flowers and chocolates, and my The Day After The Fair theatre program and my The King and I record cover for Miss Kerr to autograph, I sit and wait until it's time for my father to drive me into the city.

With our car parked, my father walks with me to the Stage Door, which of course, is locked. Some time later, the performance ends ... and as the huge crowd disperses, I become increasingly concerned by the number of people who are gathering next to me at the Stage Door. There's at least fifteen people, and as I clutch my gifts and mementos to my chest, I am greatly concerned that I look like I may have over-prepared. Bruce Mansfield (then a very famous newsreader) is there, and it is his smile for me that instantly puts me at ease. I am dressed and ready. There's no going back.

Well, at least I didn't think there could be. Not now ... surely.

The Stage Door opens, and a man forces his way out and onto the periphery of our little group. He apologises ... but Miss Kerr will not be meeting anyone this evening. Every ounce of nervous tension and wondrous expectation escapes my body. My father, in his (on this occasion anyway) thrillingly stentorian fashion, says there must be some mistake. I burst into tears. I can't help it ... but neither, it would appear, can this harbinger of doom and disappointment. Miss Kerr is not feeling well and has requested that her wishes be respected. I now fully comprehend 'impossible'. My father continues to protest, shattered I now understand, by the sight of his proud and determined young son, dressed in a suit and tie and clutching his gifts and souvenirs to his chest, decimated by some prima donna's mild post-performance exhaustion. The man apologises again and disappears behind the closing Stage Door. The sound of the bolt is too final. Bruce Mansfield pats me on the head and tells me not to mind too much ... that there will be another opportunity.

As our vanquished little band disperses ... my father makes every effort to console me. I feel 'impossibly' sad. And foolish. Suddenly, the stage door opens and our harbinger of now utter despair and desolation, practically falls out onto the footpath. "I'm sorry, but is Geoffrey Williams here?" he calls. With reflexes polished by what could only be years of necessary adult reaction, my father turns back and confirms that indeed he is. "Miss Kerr will see you, Geoffrey", he says.

I have two very distinct memories of this moment: my father quickly ushering me back to the Stage Door ... and the look on Bruce Mansfield's face. Even fame, it would appear, still manages to make some things 'impossible'.