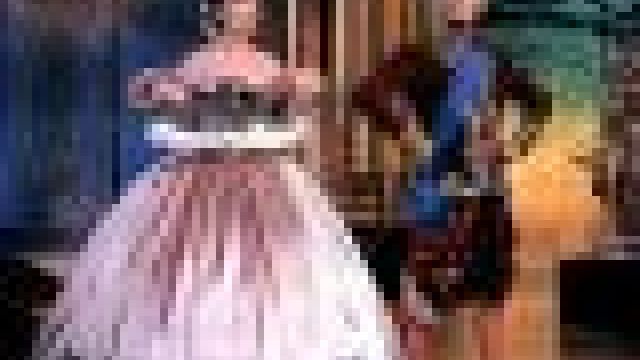 As The Production Company’s The King and I at the State Theatre in Melbourne enters the second week of its season, Stage Whispers reviewer Geoffrey Williams continues the story of his meeting the actress who made Mrs Anna famous.

I am still wiping the tears from my cheeks with the back of my hand as I am ushered through the Stage Door into another world. My arrival backstage has caused great consternation, and my father is refusing to trust any of these suspect theatrical types ... or to let anyone within five feet of me. Only after profuse apologies for having caused my distress and embarassment, does he let me into the care of a woman who assures him that Geoffrey is definitely being taken to meet Deborah Kerr.

I am quickly escorted down a very cramped and narrow passageway to a closed door. A rapid knock ... and the door is opened by a kind and attentive woman who, I will come to learn, is Miss Kerr's personal assistant. Understanding a little about protocol, I offer her the flowers and the chocolates, expecting that she will want to do something with them. By now my carnations are desperately in need of some water. "No, no ... it will be much nicer if you give them to Miss Kerr." Her instinctively maternal smile practically sedates me - and a tissue magically appears in her hand for me to use to wipe my cheeks. I explain that I hadn't been expecting to cry tonight so I didn't have a hankie. With great warmth, I am assured that there will not be a need for any more tears ... that there had been a terrible misunderstanding ... and that if I would like to sit down, Miss Kerr will not be too much longer.

I try to be inconspicuous as I glance around the small room. There are two lovely, big Louis XIV chairs - one of which I am sitting on - and a writing desk with a chair of its own against the wall to my left. To my right, next to the now closed door, is a tallboy, made, I imagine, from some kind of exotic timber, and finished in a dark chocolate lacquer. I recall a red, patterned curtain hanging from the ceiling to the floor, behind which I imagine an area where someone could relax in complete privacy ... away, even, from expected and welcome visitors.

And it is from behind this curtain that Deborah Kerr finally appears.

As soon as I see her, my heart feels as though it is going to break free from my chest. I sit glued to my chair in awe, fear, admiration and adoration. Deborah Kerr! - who had first undone me in the final scene of An Affair To Remember ... the Mrs Anna Leonowens who, among other things, had defined the role of dance on film for me in her polka with Yul Brynner in The King and I ... the actress who had more than matched wits with Robert Mitchum in Heaven Knows, Mr Allison and the actress who was in that scene with Burt Lancaster in From Here To Eternity! My mind unexpectedly assails me with stills, scenes, music, titles, costumes, famous faces, famous names - Mitchum, Brynner, Grant, Clift ... directors - Korda, Huston, Zinnemann ... and I think I am going to be sick. Or pass out.

The Deborah Kerr that is actually standing barely three feet from me, instantly comes back into stark relief. She is wearing an elegant pale blue robe and her magnificent red hair is casually bunched up on top of her head. The greasepaint is gone, and her skin is radiant ... positively luminous. How simply, sublimely beautiful she is ... and even though hers is a face I have seen in literally hundreds of thousands of celluloid frames - nothing could ever have prepared me for how magnificent it is to see her in person. She has, quite literally, taken my breath away.

I find myself on my feet, holding out my bunch of flowers and the box of chocolates ... and she melts. "They're blue!" I exclaim. "Yes, yes they are!" she replies. "I didn't know you could get blue carnations." "You can't," I declare proudly. "They're actually white, but because blue is your favourite colour, the florist sprayed them with a can of blue dye!" She offers me her left cheek, which I nervously kiss - as though it were made of the rarest and most precious porcelain. She hands the chocolates and flowers to her assistant who has appeared from behind the curtain - only to vanish again and return a minute later with my flowers in a vase. They are placed on top of the tallboy ... and as her assistant disappears again, Deborah Kerr and I sit down to talk.

I hadn't expected to be speechless. My mind fights itself for a question ... and I feel sick about the fact that I have no idea what to say. She begins by apologising for what had happened to me outside, and I tell her that it didn't really matter. "But it does matter Geoff. It matters to me ... and I am very sorry that you were treated so very, very badly." The phrasing, timbre and accent is unmistakable. "What", my frantic mind taunts me, "do you think you are doing thinking you have something to say to Deborah Kerr?"

We talked about so many people and so many things. She spoke with great fondness, and with more than a hint of a wry smile or two, about the truly great men she had worked with and how there had never really been anyone like them since. She told me how she didn't really like the kinds of movies that were being made 'these days' - or, more generally, the calibre of storytelling on film. Yes, she tells me, the films she and her peers made were not only from different, complex and challenging times - but they explored and encompassed grand themes and difficult details. Audiences came to the movies to most certainly be entertained ... but also to immerse themselves in the world of storytelling - a world in which intimacy and interpersonal relationships were based on something other than the cheap jokes, shallow themes, sex and titillation. Her world of story, and that of her peers, was a vastly different world compared to the one we were living in 'today'.

We talked about how, when she died, she wanted to be buried in Wales ... and how, because of the IRA, she had been prevented from spending as much time as she would have liked in her beloved Ireland. I told her I was going to be an actor and she gave me some valuable tips - an impromptu acting lesson from Deborah Kerr! I have never forgotten the many little details she told me - and as she stood to offer clues to her technique - I was sure that acting classes would never be the same again.

And, like dropping unexpectedly from a great altitude, my time is up. Miss Kerr holds out her right hand, which I take in mine. She offers me her right cheek again, which I kiss - this time with a great deal more enthusiasm than I had managed the first time. Her personal assistant appears again and walks purposefully toward the door. Deborah Kerr looks at the theatre program and record cover I am clutching in my hands and asks me if I would like her to sign them for me. I had forgotten about them entirely! "Yes please!", I reply.

Miss Kerr moves gracefully to the desk and sits down. Her assistant takes the program and record cover from me, and moves to stand beside Miss Kerr at the desk. The record cover is placed on the desk first and Miss Kerr holds up her right hand, into which her assistant places, more precisely than I ever imagined possible, a dark blue felt tip marker. I am transfixed by the expert efficiency of it all. Miss Kerr doesn't need to adjust the position of the marker in her hand before she autographs the record cover - which is then replaced by the theatre program, opened to the full page portrait of her. This too, is signed ... and Deborah Kerr stands up again and faces me. To this day I still have no idea where the marker disappeared to, but her assistant hands me both the theatre program and record cover with a generous smile.

And then she opens the door.

I sneak one last look at Deborah Kerr ... but this time, all and everything I had earlier associated with her is not rampaging through my mind. I see a great woman ... who had taken twenty minutes of her precious time to make this boy’s dream come true. Her assistant directs me back up the passageway, and gently closes the door on my adventure.

I find myself back where I came in. There is no-one else but the security guard, who nonchalantly opens the Stage Door and lets me out into reality. It's a heady collision. I float to the car where my father is patiently waiting. He asks me how I had gone and I tell him everything in breath-draining detail. I show him my record cover and I open my theatre program.

There, in simple, unaffected script - with a hint of flourish, is my message to treasure forever: For Geoff, With Affection, Deborah Kerr.

For the first part of this story, see www.stagewhispers.com.au/news/meeting-deborah-kerr-part-one