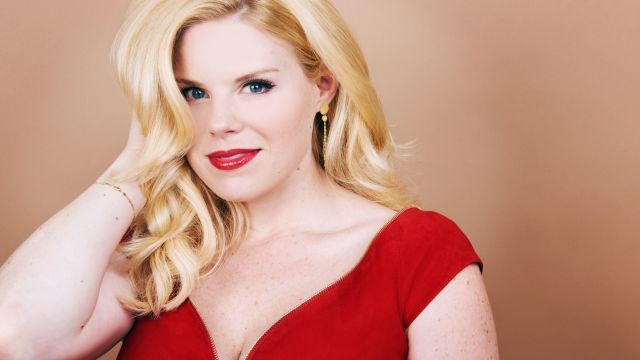 Tony Award®-nominated Broadway favourite and television star Megan Hilty makes her Sydney Opera House debut in the Concert Hall alongside a 40-piece orchestra for one performance on June 17, 2019.

A Brisbane performance has also now been announced, and Hilty will return to Queensland Performing Arts Centre’s (QPAC’s) Concert Hall, Brisbane on Thursday 20 June 2019, where she will be accompanied by Camerata - Queensland’s Chamber Orchestra.

Megan Hilty returns to Australia following her sold-out national tour in 2016. During her Opera House debut Hilty will perform a selection of popular and classic tunes spanning the history of music and theatre from the hit Broadway musical Wicked, and NBC’s cult series Smash, as well as American pop and jazz standards “It Don’t Mean a Thing If It Ain’t Got That Swing”, “That’s Life” and “Autumn Leaves”.

Her recitals at the Lincoln Center and London’s Cadogan Hall – plus her sold-out Carnegie Hall debut – were met with widespread critical acclaim and standing ovations. Over the years, she has risen to prominence with beloved roles such as “Glinda” in Wicked, “Doralee” in 9 to 5, “Brooke Ashtom” in Noises Off and most recently as “Audrey” in Little Shop of Horrors alongside Josh Radnor (How I Met Your Mother) on Broadway. Her portrayal of seasoned performer “Ivy Lyn” in Smash was followed by her role as “Liz” in Sean Saves The World. Her long list of television credits includes guest appearances in The Good Wife, Bones, The Closer, Desperate Housewives and Ugly Betty.

Celebrated as a triple threat, Hilty’s debut solo album It Happens All the Time (2013) charted in Billboard’s Top 100 and featured songs written by Taylor Swift, Damien Rice, Carrie Underwood and Sara Bareilles. She recently released a live album comprised of songs from her recent concert tour entitled Megan Hilty Live at the Café Carlyle and a Christmas album entitled A Merry Little Christmas with Megan Hilty.