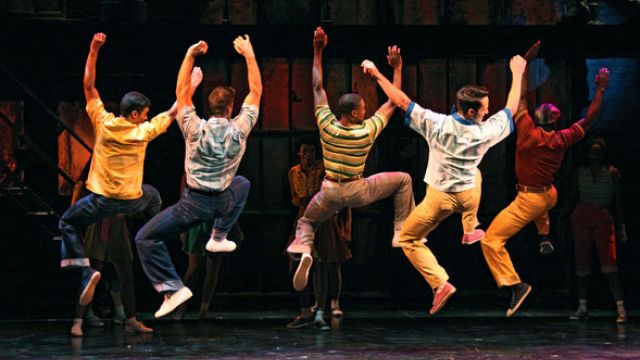 Red (Best Play) with six awards and Memphis (Best Musical) with four awards were the big winners at this year's Tony Awards, presented in front of a 3,000 plus audience at New York's Radio City Music Hall on Sunday June 13. Catherine Zeta-Jones (Best Actress in a Musical) and Denzel Washington (Best Actor in a Play) were both recognised with individual awards.

In the smoky halls and underground clubs of the segregated 1950s, a young white DJ named Huey Calhoun fell in love with everything he shouldn't: rock 'n' roll and an electrifying black singer. Memphis is an original story about the cultural revolution that erupted when his vision met her voice, and the music changed forever.

In Red, Master American expressionist Mark Rothko (Alfred Molina) has just landed the biggest commission in the history of modern art. But when his young assistant (Eddie Redmayne) gains the confidence to challenge him, Rothko faces the agonizing possibility that his crowning achievement could also become his undoing. John Logan's play is a searing portrait of an artist's ambition and vulnerability as he tries to create a definitive work for an extraordinary setting. Red transferred to Broadway after premiering at London's Donmar Warehouse.

Another winner to transfer from London was the revival of La Cage aux Folles, a winner of three Tonys, which began its life at the Menier Chocolate Factory in Southwark, where the production of A Little Night Music, for which Catherine Zeta-Jones won her award, also premiered.