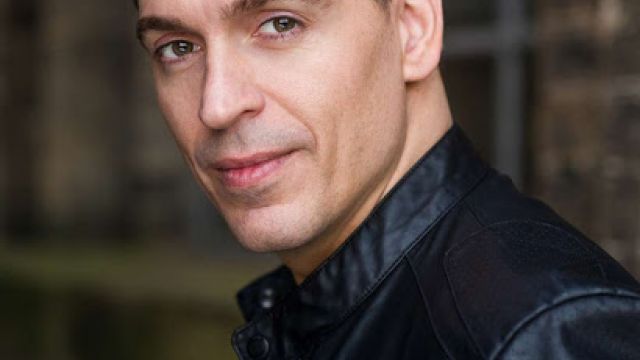 The theatre industry is mourning the death of  Michael Falzon who has lost  his battle with cancer at the age of 48.
Podcaster and friend Peter Eyers interviewed Michael a few months ago in a break from his medical treatment and wrote this tribute.

"Michael Falzon is the real deal. He is charm personified and comes with an engaging sense of humour and an infinite industry wisdom born of extensive time as a performer and producer, in the business we call show.

"Upon any meeting with Falzon I best describe him as possessed of a gentle bonhomie. He is humble and modest but at the same time can be direct, frank and insightful, " he said.

Michael Falzon's early work on the stage provided him with an opportunity to explore classical musical theatre styles and operetta in a succession of shows that included The Pirates of Penzance (with Jon English), HMS Pinafore, Joseph and The Amazing Technicolor Dreamcoat (with David Dixon) and Hello, Dolly! (with Jill Perryman). These experiences would lay valuable foundations that would see him develop terrific versatility as a stage performer, and vocal skill that would extend to rock and popular repertoire.

In 2003 he was rewarded with his break-through role in We Will Rock You. Selected by creators Ben Elton and Queen's Roger Taylor and Brian May, his performance as 'Galileo Figaro' earned great acclaim. After a tour nationally, Falzon played the show in Japan and throughout the United Kingdom.

We Will Rock You offered him a chance to play huge stadiums in arena performances. This was an experience also provided by his performance as 'the Artilleryman' in Jeff Wayne's musical version of The War of The Worlds.

Falzon's extensive on stage work has included Hedwig and The Angry Inch, Ordinary Days, Floyd Collins, Jesus Christ Superstar, Rock of Ages, Chess and an opportunity to craft the role of 'Leo Szilard' in the Australian/USA co-production of Atomic, and early work on the developing rock opera Get Jack.

“Michael’s family and I would like to extend our sincere thanks and gratitude to everyone for their kind words, tributes and support. The monumental outpouring of love for Michael is testament to the incredible man he was.

I have always been very proud of Michael but I have been especially awed by his positivity and strength this past year. Even during his most trying days, Michael continued to put his loved ones first and his buoyancy provided comfort and calm to so many.

Michael’s contribution to the entertainment industry was enormous. He was breathtakingly talented and adored his work, and he was also passionate about creating pathways and opportunities for others. We have been deeply moved by the beautiful tributes that have flowed throughout the week. It’s a moving reminder of how respected and revered Michael was in the industry he loved and dedicated his life to and what a profound impact he has had.

Family, friends and fans alike knew Michael for his cheekiness, irreverence and abundant charm; the latter of which got him out of trouble too many times to count.

We will remember him for his beaming smile, which was shadowed only by his giant heart.

Michael’s wish was to shine a light on germ cell cancer and other lesser-known cancers, which require better treatments, clinical trials and resources.

Chris O’Brien Lifehouse, where Michael was lovingly cared for during his treatment, is the largest cancer clinical trial centre in New South Wales. Research and trials are carried out by the same clinicians who treat patients, shortening the path between discovery and new treatments.

For those wishing to show their love and respect, we have set up a fund in memory of Michael to collect donations specifically to fund research, trials and resources in this area.

Michael would have encouraged anyone impacted by his remarkable life to donate to this cause.”

Donations can be made at donate.mylifehouse.org.au/tribute/michael-falzon.

A special service to commemorate Michael’s life will be held next week in Sydney and will be broadcast online.

I loved making him laugh. I cry and cheer for him alongside everyone today.
In words he said to me, teasingly, in other less challenging times: “Look, it’s pretty shit! What are you gonna DO?”
Today’s answer is: celebrate you, Falzy. The gift of you stays alive.
And you’ll never be gone from us.
I’m sending a “knock knock” joke to you tonight. I can’t wait til you say “who’s there?”...but it doesn’t have to be today.
You are (and will always be) absolutely bloody loved, sir.
So much love to Jane, The Falzon family and...everyone who is lucky enough to know and love him.
From James and the Millar family."