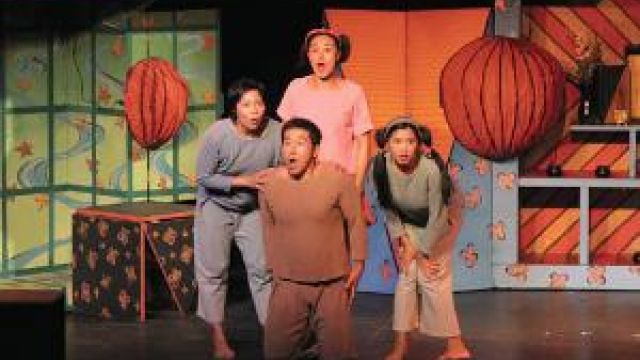 David Spicer reports that audiences in regional Australia are staying away from most of the plays, dance, children’s theatre and comedy acts which are sent on tour by the Commonwealth Government’s Playing Australia Program.

In 2009 the most successful productions came from the private sector, whilst works produced by traditional subsidised State Theatre Companies were amongst the least successful.

The last time Stage Whispers scrutinised the figures it ruffled some feathers at the Arts on Tour office in New South Wales.

I was told that just focussing on the number of people who attend the theatre to see the shows, which State and Federal taxpayers pay millions of dollars to tour, and local councils buy for their regional communities, was unfair.

The argument is attendance figures do not give the ‘whole picture’ about the success of the program. Other benefits include ‘audience development’ and ‘cultural exchanges.’

Certainly - though in my view, attendance must be one yardstick – just as the number of people who watch the ABC is one yardstick about the value taxpayers get from the national broadcaster.

The most successful tour in 2009 was the play Steel Magnolias.  It toured Australia for 20 weeks and sold 33,000 tickets. The play included the stars Jacki Weaver and Geraldine Turner. Blackbird Productions, a non-subsidised private theatre company in Melbourne, produced it.

Next most successful was Sadako and the Thousand Paper Cranes. The children’s theatre show was seen by 14,000 people in a national tour covering 12 weeks. Chris Canute, a private theatre producer from Sydney, produced it.

Coming third was Deeply Offensive and Utterly Untrue. The play, seen by more than 12,000 people in an eight-week tour, was an exposition of the Oil for Wheat scandal. It was produced by a theatre company called Version 1.0. It has received what might be described as a few crumbs of support from Arts funding bodies in recent years, equivalent to what state subsidised theatre companies spend on their costumes.

Aside from these three productions the attendance figures were weak.

The figures for other productions are similar.

To put these in context, in my capacity as a theatrical agent I had a school, Launceston College, sell 5600 tickets to one musical, Back to the 80’s, in Launceston (population of 105,000).

Community Theatre groups in regional centres often sell more than 6000 tickets to big musicals, for one season in one town.

Recently I sat in the audience of the Civic Theatre in Newcastle watching a community theatre production of The Boy From Oz. There were 1200 people in the audience that night, including the young couple sitting next to me who told me it was the second time in their lives that they had been to the theatre.

This is what I call audience development. Getting people away from their plasma screens to watch an entertaining piece of theatre, which also addresses issues and is thought provoking.

The question I have is, why are private or small theatre companies the ones producing theatre which appeals across a whole spectrum of regional audiences?

Why aren’t our flagship theatre companies, The Sydney Theatre Company and Melbourne Theatre Company, producing quality theatre which tours the length and breadth of the country?

The biggest regional success for the Sydney Theatre Company is The Wharf Review. When did they last produce a must-watch drama which toured the country?

The answer is that companies like this are focussed on subscription seasons in the city, with production overheads that make it prohibitive to tour. Should regional theatregoers get a better go?

Have your say on this issue at our Forum. http://www.stagewhispers.com.au/node/5024

Originally published in the November / December 2010 edition of Stage Whispers.