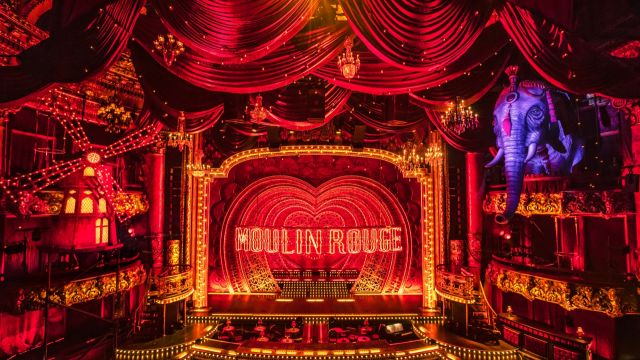 ·       Best Performance by a Leading Actress in a Musical – Karen Olivo

·       Best Performance by a Leading Actor in a Musical – Aaron Tveit

·       Best Performance by a Featured Actress in a Musical – Robyn Hurder

·       Best Performance by a Featured Actor in a Musical – Danny Burstein, Sahr Ngaujah

Moulin Rouge! The Musical is the fourth musical production by Global Creatures, which was founded by Gerry Ryan OAM and Carmen Pavlovic in 2007. Previous works include King Kong, Strictly Ballroom The Musical and Muriel’s Wedding The Musical.  The ‘red windmill’ will arrive at Melbourne’s Regent Theatre and London’s Piccadilly Theatre in 2021.

“This year’s Tony Award nominees share the most unusual of bonds. At such a difficult time for so many people, including the thousands who make up the industry behind the scenes, we welcome this opportunity to celebrate the remarkable achievements of Broadway’s finest artists.” said Carmen Pavlovic, CEO of Global Creatures and Producer of Moulin Rouge! The Musical.

“Today’s Tony nominations are a reminder of the truly remarkable production our creative team, cast and crew have brought to life. It took over a decade to bring Moulin Rouge! The Musical to the Broadway stage, and the success of the show is anchored in every win, loss and learning we have experienced producing new Australian theatrical works. We are incredibly proud to be an Australian company and cannot wait to bring Moulin Rouge! home to Melbourne in 2021.”

After an out-of-town Boston run in 2018, the 2019 Broadway debut of Moulin Rouge! The Musical broke box office records for the Al Hirschfeld theatre, scored a Grammy nomination for the Original Cast Recording, a Drama League Award for Outstanding Production of a Musical and ten Outer Critics Award Honours.