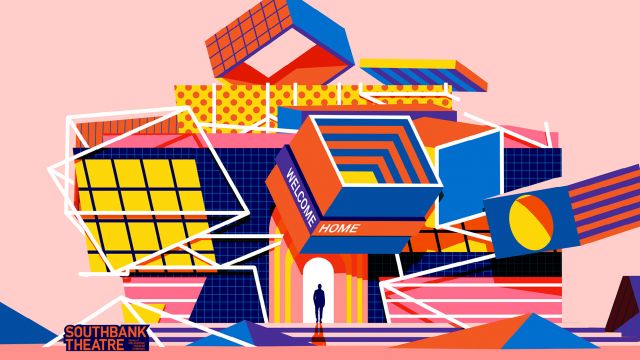 In making the announcement, MTC Artistic Director & CEO Brett Sheehy said, ‘It’s a great pleasure to be launching Act 2. We are especially pleased to be presenting the world premieres of three brand new Australian plays, putting home-grown work front and centre in a year when supporting our industry matters most.

‘Across the six productions in Act 2 we explore big questions about contemporary life, and after more than a year of waiting we’ll at long last see As You Like It – it will be the big, cheerful end-of-year celebration of theatre that Melbourne deserves.’

Act 2 follows MTC’s successful start to its recovery year with sold-out performances of its Summer Series events and the Company’s official return to the mainstage last week.

MTC Executive Director & Co-CEO Virginia Lovett said, ‘It has been wonderfully heartening to see audiences so eager to return to Southbank Theatre during Act 1 and to see the arts sector getting back in action. With productions offering joy, laughter, entertainment and wonder, Act 2 will continue to draw people to the Melbourne Arts Precinct and enliven our great city.

‘More so than ever we see it as our role to invest in new Australian works, support the livelihoods of our country's artists and invest in the future of our arts sector. Our Act 2 program does just that and is an important step in MTC and our sector’s recovery.

Alongside the mainstage productions, MTC’s signature programs continue to run throughout the year. Fostering the talents of artists, industry professionals and students, the range of initiatives on offer include MTC’s First Peoples Young Artists Program, Women in Theatre Program, NEXT STAGE Writers’ Program and Education Program, all made possible thanks to philanthropic support.’

Following the success of Calamity Jane, Virginia Gay ups the ante with a gender-flipped, music-filled take on Cyrano de Bergerac packed with joy, wit and aching romance. With director Sarah Goodes (Home, I’m Darling) at the helm and Virginia Gay in the title role, this Cyrano promises a bold and playful romp, filled with songs, longing and radical hope, opening on Thursday 5 August.

Sunday by Anthony Weigh (2,000 Feet Away) brings a Melbourne icon to the stage with a lively and impressionistic dream of Sunday Reed’s intellectual, artistic and romantic life. Opening on Thursday 23 September directed by Sarah Goodes (Golden Shield) and featuring Nikki Shiels (Home, I’m Darling), Matt Day (North by Northwest), Mark Leonard Winter (Miss Julie) and Ratidzo Mambo (Escape from Pretoria), this world premiere commission is an unforgettable story of a bold and complex woman who founded the Heide Museum of Modern Art and whose shadow looms large in our city’s history.

Based on the critically acclaimed book of the same name, The Lifespan of a Fact opens on Friday 21 May directed by Petra Kalive (Sexual Misconduct of the Middle Classes) and starring Nadine Garner (Photograph 51), Steve Mouzakis (Death and the Maiden) and Karl Richmond (Punk Rock). A tightrope walk of playful debate on the virtues and vices of creative non-fiction, this Australian premiere is an epic ideological battle over the nature of truth and the value of storytelling.

Stephen Curry (The Castle) and Bert LaBonté (Kiss of the Spider Woman) star in The Truth by Florian Zeller, translated by Christopher Hampton. Opening on Thursday 10 June and directed by Sarah Giles (Straight White Men), this farce about marital manipulations asks us to consider the benefits of lying and the drawbacks of honesty.

MTC’s year ends with a classic, making its long-awaited return after being postponed in 2020.

Subscription packages for MTC 2021 — Act 2 are available from 7pm on Tuesday 16 March.

Cyrano, Sunday and Jacky are supported by the Restart Investment to Sustain and Expand (RISE) Fund – an Australian Government initiative.