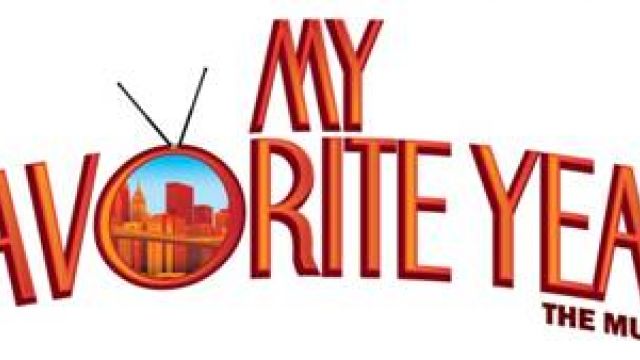 Sydney-based Neglected Musicals has announced their next musical for 2011, My Favorite Year, directed by Stuart Maunder, on Monday, 11 April at Darlinghurst Theatre with a performance at 2pm and 8pm.

“My Favorite Year' is one of those shows where you are first addicted to the CD, and then when you read the script you can't understand why it's never been done in Sydney. It’s perfect fodder for the ‘Neglected Musicals’ productions, a great, unknown score from a great modern American songwriting team brought to life with a dream cast. It’s sassy, funny, moving...a brilliant show and full of brilliant possibilities for this short, sharp, shock of a treatment,” said Director, Stuart Maunder.

Based on the motion picture of the same name, My Favorite Year first opened on Broadway at Lincoln Center's Vivian Beaumont Theatre on December 10, 1992 and closed on January 10, 1993 after 36 performances and 45 previews. The original Broadway cast included Evan Pappas, Tim Curry, Tom Mardirosian, Katie Finneran, Andrea Martin (in her Broadway debut), Josh Mostel, and Lainie Kazan, who reprised the role of Benjy's mother she had played in the film.

The musical has a book by Joseph Doherty,  music by Stephen Flaherty and lyrics by Lynn Ahrens. Luke Byrne is the musical director for this production, with movement by Tia Jordan.

Set in the 1950s, My Favorite Year is a comedy with heart. Benjy Stone (James Bryers), a Mel Brooks-type, is a sketch writer for a live television variety show (during the golden age of 1950s live television in the US) starring King Kaiser (Chris Horsey), a Sid Caesar-type. Signed for a guest appearance is Alan Swann (John Diedrich), an Errol Flynn-type and a one-time movie star from Hollywood whose career was disrupted by his addiction to alcohol and loose women. The task of keeping Alan Swann sober and celibate until airtime falls to Benjy, who soon finds himself involved in a sequence of shenanigans unlike any he ever experienced before. Various characters, including Benjy's pushy mother Belle Steinberg Carroca (Dolores Dunbar) and Alan Swann's estranged daughter Tess (Emma Cooperthwaite) complicate Benjy's task. The other writers of the variety show, Sy (Justin Smith), Alice and Herb add to the chaos.

My Favorite Year was nominated for three Tony Awards including Best Actor in a Musical – Tim Curry and Best Featured Actress in a Musical – Lainie Kazan and Andrea Martin, who was awarded the Tony for her role as Alice Miller in My Favorite Year.  Songs include; 20 Million People, Manhattan, Shut Up and Dance, Welcome to Brooklyn and My Favourite Year.