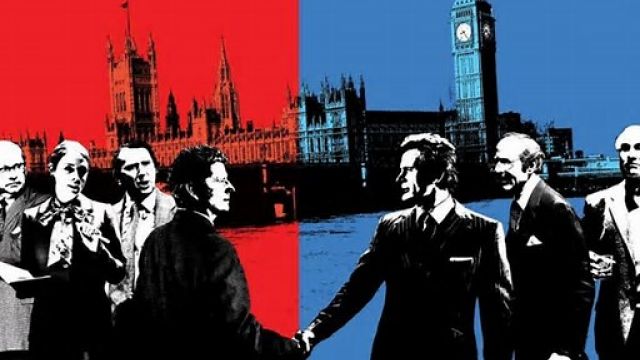 It’s 1974, and Britain has a hung Parliament. The corridors of Westminster ring with the sound of infighting and backstabbing as the political parties battle to change the future of the nation.

This Houseis a timely, moving and funny insight into the workings of British politics by James Graham (Ink, ITV's Quiz) and directed by Jeremy Herrin (People, Places and Things).

You can watch This House until Thursday 4 June 2020. It was filmed live on stage at the National Theatre in 2013.

The running time is 2 hours 40 minutes with a very short interval.

The play is suitable for ages 14+ with some strong language throughout.