New Musicals in the Raw – Carnegie 18 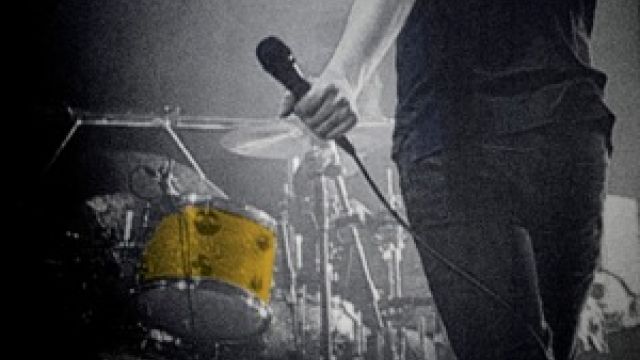 Four new music theatre projects in development will have their first airing at the Arts Centre, Melbourne from January 19 – 25 as part of the Full Tilt development program.

When you think of the ABC’s youth network Triple J – music theatre might not come to mind. But with a musical in this program at the Arts Centre – called Carnegie 18 – the link is achieved.

Four new music theatre projects will have their first airing at the Arts Centre, Melbourne from January 19 – 25 as part of the Full Tilt development program.

They include a Faustian expression of celebrity culture in the age of surveillance; a heavy metal rock musical about sticking it to the man (and becoming unstuck); a story of fairy-tale styled filicide in the modern world and a light operetta about the ins and outs of a suburban netball team.

Peter Burgess, writer composer of one of the musicals, RAWK, spoke to Stage Whispers. RAWK is a funny and insightful piece on the ethics of being a high profile musician. Characters ‘RAWK’ and ‘Tim’ (played by Michael Russo and Zen Ledden respectively) explore the way that ‘rock stars’ of today influence the musicians that aspire to be like them.

Stage Whispers: What drew you to writing for the musical theatre and what path did you take to get here?

Peter Burgess: I have always loved musicals since a young age. The first musical I wrote was with Paul Streefkerk (RIP) when I was 18. The appeal lies in imagining the characters and what they’re trying to express in any given song. I also love the challenge of writing different styles of songs (cast numbers, solo numbers, ballads etc) and creating material that supports a theatrical experience. The path I took in regards to RAWK was to write a score that utilised truly current sounding music, the kind you hear on say Triple J. 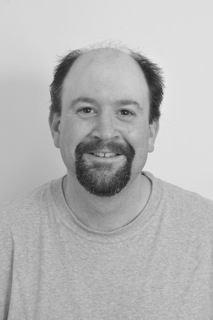 SW: What was the genesis for your piece that has been selected for the workshop?

PB: I found out about the Full Tilt program quite late and whilst I had the idea for this show for some time, I wrote and recorded the first 10 songs and wrote the script’s first draft over the 3 weekends leading up to the submission date. I wrote with guitar and a notepad, mapping out the song set and lyrics. I recorded the first drafts onto my mobile phone and then recorded the songs in full with sampled drums, live bass and guitar and sang the parts myself.

SW: Tell us a little about the basic idea of your piece, and the approach taken to musicalising it.

RAWK tells of how a controversial hard rock/metal singer’s lyrics and philosophies come to influence a young fan to his detriment. I was determined to use a rock/metal/indie band approach (guitars, bass and drums – no keyboards or orchestral instruments) and write as though I was making an album, not a theatre piece. I still endeavoured of course to tell the story through the music, but wanted the songs to be ‘cool’ and construct them in such a way that they could sit alongside a song on say Triple J.

SW: What stage has your work reached prior to this workshop?

PB: I have completed the full story arc and score but it is still a draft and new ideas are popping up all the time. For example: extending the story beyond its current ending, writing additional songs that explore other ideas within the story and examining presentation methods and the variety of the ways ideas are presented.

SW: How important are these sort of workshopping opportunities for you in developing your work?

PB: I believe the workshops are essential as it allows people to focus solely on the piece and not do it as a part-time activity that people cannot fully commit to as much as is really necessary for the piece to grow properly. When you don’t pay people proper wages, they can’t justify taking time away from other employment and often are hesitant to give of their time to the full extent they and the writer desire. Also with proper wages you can attract quality performers and writing experts. Obviously one of the greatest assets in the Carnegie 18 program is the pristine venue – The Fairfax Studio.

SW: What do you hope to achieve through the workshop and showcase process?

PB: I hope to discover what the piece’s strengths and weaknesses are and to basically make it stronger for an audience. Often the writer (myself in this case) loses perspective of what the work ‘can be’ as they’ve been so close to it having written it. It is essential to have excellent quality directors and dramaturges capable of sitting back and assessing the show as an audience member would. I am very open-minded to the idea of fully exploring new concepts and altering the work in order to make it the best possible show it can be. You must allow your team to express their gut feelings and instincts and ideas. Already just the week major alterations and great new ideas have emerged whilst listening to RAWK’s director and dramaturge’s responses. The writer (me) mustn’t be precious and you must at least travel the spontaneous paths and angles that emerge from the team’s ideas and thoughts.

The showcase season of Carnegie 18 plays at the Arts Centre, Melbourne, from January 19 to 25. Link.