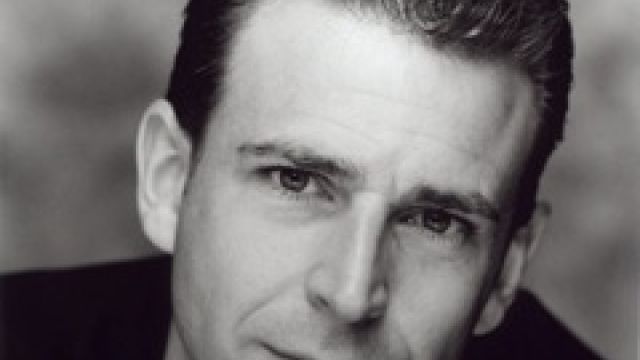 Paul Sabey trained many of the current crop of West End stars. Now he’s moved to Brisbane in a newly created position, as Senior Lecturer in Music Theatre at the Queensland Conservatorium.

Peter Pinne spoke to him on the eve of his first year.

Q. This is a new strand of the Bachelor of Music program isn’t it?

A. Yes, the emphasis in previous years had been on Opera, but the Conservatorium thought it was time to introduce a specific Music Theatre strand.

Q. What exactly will the course be?

Q. You’re auditioning at the moment, aren’t you? How many students will end up taking the course?

A. 30. We’ve done auditions in Brisbane, Sydney and Melbourne and I’ve been amazed at the range of talent. For the degree course we’re looking at 18 year-olds to late 20s, but that’s not to say if somebody exceptional came along who was in their thirties we wouldn’t consider them. Most of the people we’ve auditioned have been between 17 and 26.

Q. What is your selection process?

A. We’ve been looking at performers who have a basic level of dancing, singing and acting, but dance has not necessarily been the number 1 criteria. They have to come prepared with two songs of their choice.

Q. What sort of musicals will be worked on in the course?

Q. Will new work be part of the course?

A. Yes, provided it is of a suitable standard.

A. We welcome submissions from writer/composers. Now of course in saying that, it has to be something that would use a large cast because that’s what we have.

Q. Is the course the same as the one taught by WAAPA?

A. We’ll be producing a similar type of performer.

Q. Prior to this new appointment you worked in London as Director of the Musical Theatre Program at Mountview Academy of Theatre Arts. How long were you there?

A. 23 years in total. I saw a need for a highly specialized course in Musical Theatre training, and created it. I’m happy to say, Mountview is now recognized as being the premier training ground in London for musical theatre.

Q. The list of performers who trained with you and who have gone on to star in the West End is certainly impressive. The most well-known would probably be Connie Fisher who starred in the recent revival of The Sound of Music. Could you name some of the others.

A. Leanne Jones who played Tracy Turnblad in Hairspray. She won the Olivier Award for Best Actress in a Musical. Helen Hobson was the lead in Heathcliffe, Stephen Weller the lead in Martin Guerre, Mathew Rawle starred in Zorro and Evita, and there have been dozens in Les Miz, over the years.

Q. So, when does the course commence?

A. February 2011. I can’t wait. It’s an exciting time. It means more opportunities for performers at this level that weren’t there in the past.

But I stress, we’re only as good as the students we turn out.

Q. Well, if your success rate in London is anything to go by it looks like Brisbane will become the place to train for music theatre.

A. That would be nice, and hopefully if we do our job right, we’ll attract students in the future from not only Australia but around the world.

Originally published in the January / February 2011 edition of Stage Whispers.