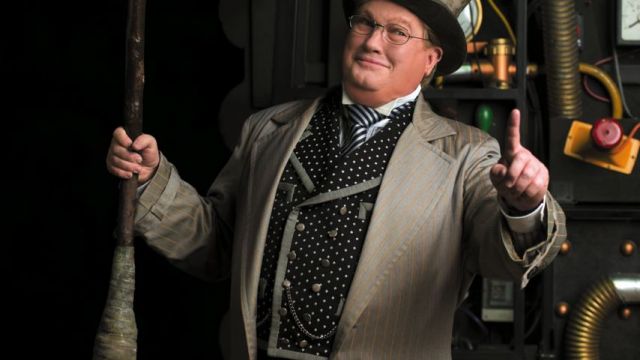 John Frost has announced popular musical theatre star Simon Gallaher will play the Wizard in the upcoming Brisbane and Perth seasons of the hit musical Wicked. Frost said he had been hoping to work with Simon for many years and is thrilled that he has accepted his invitation to play the role in Brisbane and Perth.

Following a high-profile television career in the 70s, performing regular gigs on The Mike Walsh Show, Simon Gallaher’s first theatre credit was in 1985 when he played the role of Frederick in the smash-hit production of The Pirates of Penzance. It was the first show to play the Queensland Performing Arts Centre and in the week QPAC celebrates its 30th Anniversary Simon will open in the smash hit that’s been Broadway’s #1 musical for an unprecedented eleven consecutive years.

Simon’s multiple theatre credits include Hello Dolly, The Student Prince, My Fair Lady, The Mikado, HMS Pinafore, The Merry Widow, A Funny Thing Happened On the Way to the Forum, and the recent Harvest Rain Brisbane only seasons of Hairspray and Spamalot.

During the Brisbane season of Wicked Simon is going to be a very busy man not only playing the Wizard at night but during the day donning his director’s hat for Harvest Rain’s new production of The Pirates of Penzance which opens 19 March in QPAC’s Concert Hall.

In the role of the Wizard, Simon joins other theatrical icons who have made the part their own including Rob Guest, Bert Newton, and Reg Livermore, whose performance won him a “Best Supporting Actor in a Musical” Helpmann Award in 2014.

The success of Stephen Schwartz’s musical adaptation of the story of Glinda and Elphaba and their remarkable odyssey as they become unlikely friends has been described by Variety as “A Cultural Phenomenon”, and by Entertainment Weekly as “The Best Musical of the Decade”.

The original Australian production of Wicked opened on July 12, 2008 at the Regent Theatre, Melbourne, and has been playing continuously since. A Sydney season followed Melbourne before it first played Brisbane in January 2011, as part of the first Australian National Tour. The musical then embarked on a 2013 Asian National tour before returning to Australia where it has again toured.

For the Brisbane season Simon will be joined by Jemma Rix as Elphaba, with Steve Danielsen as Fiyero, Maggie Kirkpatrick as Madam Morrible, Glen Hogstrom as Dr Dillamond, and Edward Grey as Boc.