Opera Australia unveiled its 2014 program on August 23, with seasons in Sydney and Melbourne, a third Handa Opera on the Harbour, the premiere of Opera on the Beach on the Gold Coast and another musical theatre collaboration with producer John Frost.

The company is set to première five new productions across their Melbourne and Sydney seasons in 2014.

Some the Opera world’s superstars are coming to Opera Australia in 2014: Jonas Kaufmann, arguably the most famous opera singer in the world today, will perform concerts with orchestra. ‘Opera director of a generation’ Sir David McVicar heads to Australia to turn Teddy Tahu Rhodes into a new Don Giovanni. Outdoor theatre specialists La Fura dels Baus will ‘forge a Madama Butterfly for the 21st century’ on the harbour top stage of Handa Opera on Sydney Harbour. And Eugene Onegin will be Opera Australia’s first co-presentation with London’s Royal Opera in Covent Garden, with its own Director of Opera, Kasper Holten, making his Australian debut.

The première of Opera on the Beach on the Gold Coast in May will be a production of The Magic Flute, directed by Michael Gow on a sand stage, featurin the spectacular backdrop of Coolangatta Beach. 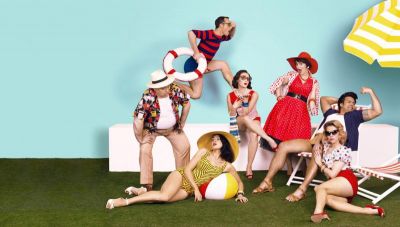 Following the success of South Pacific, Opera Australia and John Frost will again turn their combined resources to staging a Rogers and Hammerstein musical. The four time Tony-award winning production of The King and I will open in Brisbane then tour to Melbourne and Sydney. More detail.

Melbourne audiences will be the first to see the new production of Verdi’s Rigoletto, with Warwick Fyfe taking the title role of the court jester. Kasper Holten will make his directorial debut for Opera Australia in a co-production of Tchaikovsky’s Eugene Onegin, a romantic Russian story of love and missed opportunities. Costume designer Gabriela Tylesova will bring her colourful touch to Rossini’s The Turk in Italy directed by Simon Phillips. Teddy Tahu Rhodes will delight as a new kind of Don Giovanni, created by acclaimed Scottish director Sir David McVicar.

Acclaimed productions seen in Sydney during 2013 will travel to Melbourne, including John Bell’s new production of Tosca and Simon Phillips’ production of Falstaff.

The Arts Centre Melbourne will transform into a Spanish piazza for a ten-show season of Carmen (complete with live animals!), bringing the sights and sounds of Spain to Melbourne in celebration of Bizet’s magnificent opera and Francesca Zambello’s dazzling production. Flamenco dancers and mariachi will perform before the show, while the audience can dine and drink with Spanish flavours between acts. 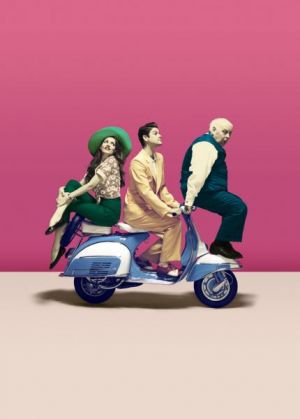 The 2014 Season kicks off in Sydney on New Year’s Eve with two huge  NYE events. In the Joan Sutherland Theatre, the glitz and gamine-esque combine in Gale Edwards’ production of Puccini’s La bohème. Next door in the Concert Hall, all the hits of the opera repertoire come together in concert for The Opera Gala. The Midnight Party offers audiences for both performances exclusive access to the Northern Foyer for the city’s best view of the fireworks, in style.

The Seasons and Productions.

The Magic Flute opens at the Sydney Opera House on 10 January 2014.

The Turk in Italy opens at the Sydney Opera House on 22 January 2014.

Carmen opens at the Sydney Opera House on 3 February 2014.

Eugene Onegin opens at the Sydney Opera House on 28 February 2014.

Madama Butterfly premières on the harbour stage, on 21 March 2014. 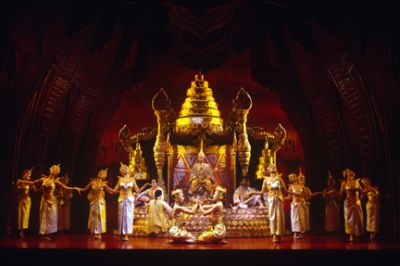 The King and I opens in Brisbane at Queensland Performing Arts Centre in April then moves to the Princess Theatre, Melbourne in June, followed by a Sydney season at the Joan Sutherland Theatre, Sydney Opera House in September.

The Turk in Italy opens at the State Theatre, Arts Centre Melbourne on 1 May 2014.

Carmen opens at the State Theatre, Arts Centre Melbourne on 14 May 2014. Opera on the Beach

The Elixir of Love opens at the Joan Sutherland Opera Theatre, Sydney Opera House on 8 August 2014.

Tosca opens at the Arts Centre Melbourne on 12 November 2014.

Don Pasquale opens at the Arts Centre Melbourne on November 19 2014.

Falstaff opens at the Arts Centre Melbourne on 1 December 2014.

Images: (from top) Don Giovanni, A Turk in Italy, Don Pasquale, The King and I and La bohème. Images courtesy Opera Australia.