A Portal to Wellness 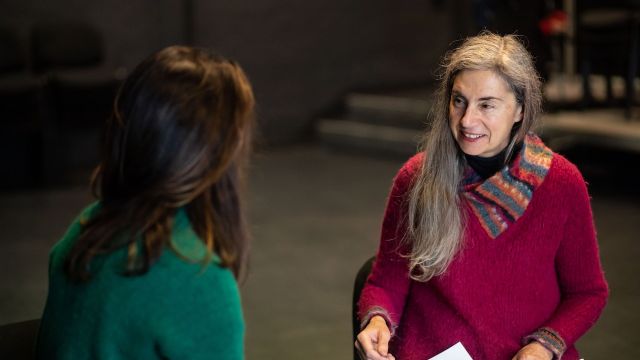 The Street’s Re-Storying is supporting artists’ mental health through a hell of a time. Cathy Bannister reports.

Working in the arts is a tenuous living at the best of times, but right now with mass cancellations, ongoing uncertainty and lost livelihoods, it’s just shattering. The Street’s Re-Storying—The Resilience Project aims to support people working in creative fields whose mental state has suffered. An expansion of a prototype The Street developed in 2020, this year’s workshops were initially to be held at The Street but were able to be adapted quickly. I was lucky enough to be invited to attend the last session in the fourth module.

Devised and run by artist and body therapist Dr Zsuzsi Soboslay, the program is playful, fun, creative, meditative and collaborative, involving activities inspired by theatrical traditions from all over the world. While it can be challenging, it’s designed not to be taxing or draining. As The Street’s Arts Programs Producer Shelly Higgs points out, the team were acutely aware of how stressed people were and how their instinct was to withdraw. “We wanted to reduce the barriers to people attending”, she said. To this end, the sessions are low obligation; people are free to drop in and out and participate as they feel able. Dr Soboslay explains that “I set up Re-Storying in an effort to nourish process, to help maintain morale, community, hopefulness, stimulation, interactivity.” 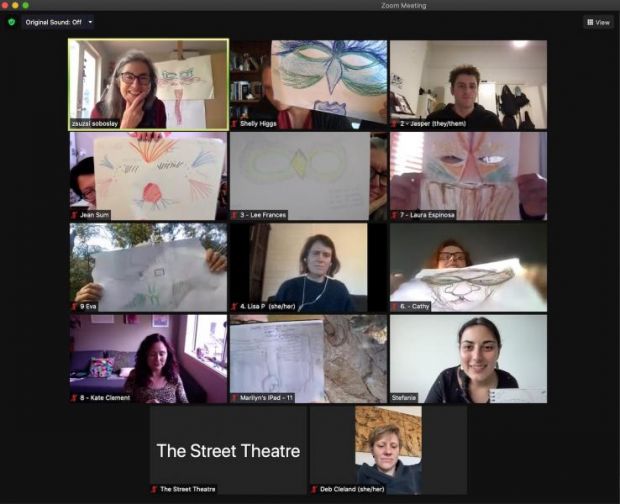 Dr Soboslay has developed her practice of mind-body work over 30 years, working with people of all ages, from very young children to very old including people with profound and complex needs. Starting out teaching theatre, Dr Soboslay began to see the therapeutic potential in the process of “reciprocation to and with language, space/place and design, other actors and with audiences”, with the joy and challenge of “liveness”. “Almost as soon as I started teaching, I sensed where people were blocked—where I/they couldn’t hear their internal orchestra. I would devise exercises/process to help unlock whatever potential they were not connected with.”

Dr Soboslay writes that her approach to these sessions was influenced by her trainings in many different cultural systems of knowledge (specifically listing Qi Gong and Chinese medicine, various movement artists and teachers in mask and Buffon). Her aim is to “encourage awareness of subconscious connections to nourish creativity. Different processes connect body to space, movement to breath, body to landscape and to pattern, bodies to language in different, specific (sometimes, culturally-specific) ways. Butoh dance form Japan was a seminal influence, conceptually and physically. Butoh was created after the effects of the atomic bomb dropped on Hiroshima. The decimation of so many bodies, leaving an indelible question: what is the body? What, now, is human? In Butoh I worked with a a shape-shifter: her body could become anything—a peacock, paper in the wind; 1000 women in a few minutes.  If you accept the idea, the element, the animal, absorbed its pattern, you could move in ways that were almost no longer human.  It is like a cellular communion. My other great teacher was the landscape in Wollongong, 1991-6:  Every time I engage with sea, sky, land, it would demand I listen, pay attention, listen to its language, how it operates deep in its own cells.” 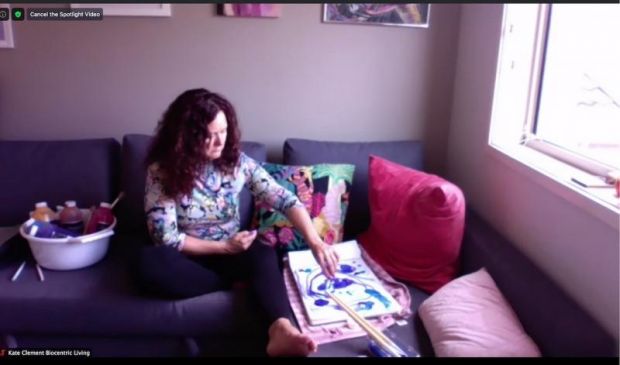 Shelly Higgs says that the response to the sessions has been overwhelmingly good, noting that people had returned for repeat workshops. One participant had reported they’d particularly suffered under lockdown, had lost their job and had been in counselling since mid-2020. “They said that one session with Zsuzsi was more effective than six months of sessions with a therapist.”

To break people out of their creative habits and contact dormant instincts, Dr Soboslay uses methods like swapping to the non-dominant hand, visualisation exercises and theatre sports games. This comes through in the pieces created in the workshops, with the images, writing and music possessing a free quality, sometimes joyful and sometimes raw. The project has an Instagram account, @creativerestore, in which participants are invited to share creative responses to the workshops. The account is run by Abbey Mackay, who has an association with The Street along with her husband, musician and videographer Liam Budge, who together are Creswick Collective. The Street encourages artists to check out the instagram page for creative “seeds” and inspiration.

The workshops are not restricted to Canberra folks. Jasper Filshie is a young musician from Sydney and has been participating since the sessions became online. Having graduated from Griffith University with a Bachelor of Musical Theatre at the beginning of the year, they moved back to Sydney only to arrive in lockdown and not only have their booked performances cancelled, but they have also lost their job in retail. They report having found the sessions a calming, “almost meditative” experience. Filshie also appreciates that the sessions are run with a respect for the participants, that people are encouraged to state their pronouns. “I really appreciate that each workshop begins with an acknowledgement of country, because that’s so important.” 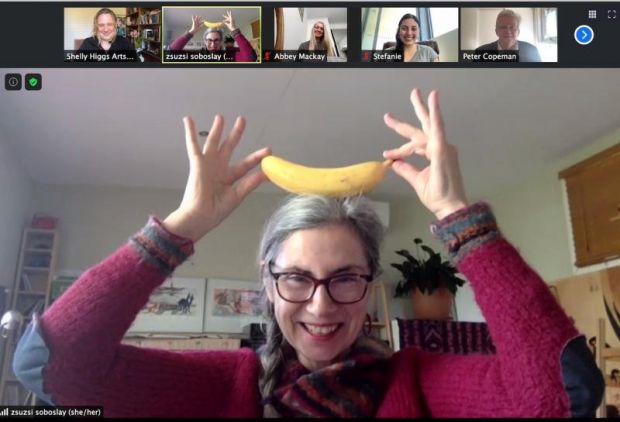 That cultural respect reflects Dr Soboslay’s work to provide a safe space for participants: “My training in feminist care ethics asks very deep questions about who/what we listen to, or do not, and why. What enables deep listening, and what inhibits it?” Part of what inhibits listening is our society’s constant pressure on creatives to live up to a standard or conform to a stereotype. Dr Soboslay tries to relieve this pressure by deliberately not asking people to define their categories such as “a writer” or “an actor”. I found the session I attended very calming—freed from the social push to perform, this is a place where you can just be creative.

Re-Storying is supported by ACT Health as a mental health initiative and is open to any artist of any kind suffering under the current climate. For more information and to RSVP, email shellyh@thestreet.org.au. After the current set of modules is over, the lessons will be videoed and offered free as an ongoing resource that people watch and participate in.

For more information, see Re-Storying at The Street.

Re-combine: configuring practices for the future helps participants understand their agency as an artist in these times of uncertainty.