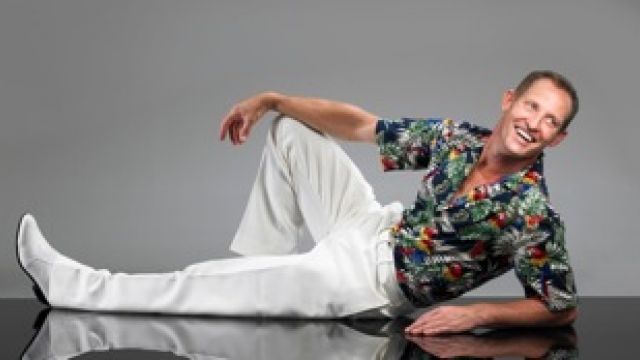 ‘It’s our best yet!
‘Our three shows this year comprise an Australian premiere, Sugar, an all Australian musical, The Boy From Oz, and one of the greatest classics from the Broadway stage, Rodgers & Hammerstein’s The King And I.’
The Production Company’s 12th season of musicals at the State Theatre of the Arts Centre, Melbourne features a line-up of top Australian musical theatre talent, and top creative teams.
Todd McKenney makes his The Production Company debut, recreating his original role of Peter Allen in The Boy From Oz (Aug 18 – 21). Amanda Harrison, fresh from 18 months in the role of Elphaba in Wicked, plays Liza Minnelli.
Australian show biz legend Nancye Hayes directs this concert version of The Boy From Oz, John Foreman is musical director and Andrew Hallsworth is choreographer.
Terence O’Connell directs this new staging of Rodgers and Hammerstein classic The King and I (July 14 – 17), starring Chelsea Gibb as Anna and Juan Jackson as The King, with Silvie Paladino as Lady Thiang. Alana Scanlan choreographs, with musical direction by Peter Casey.
The year finishes with Sugar (Sept 29 – Oct 2), based on the classic Billy Wider film comedy Some Like It Hot, starring Jack Lemmon, Tony Curtis and Marilyn Monroe, with a score by Jule Styne (Gypsy and Funny Girl).
Helpmann Award® winners Mitchell Butel and Matt Hetherington will play the comic dual roles of Jerry (Daphne) and Joe (Josephine), while Christie Whelan fresh from her huge success in the role of Janet in The Drowsy Chaperone, plays the Marilyn Monroe role, Sugar Kane. Adam Cook, artistic director of the State Theatre Company of SA will direct and Christopher Horsey will choreograph.
The Production Company’s claim to the premiere of Sugar is one which, Stage Whispers is sure, will be challenged by a number of community theatres and musical societies around the Australia. Still, it is pleasing to see a professional production of the show with such a top-notch cast.

To subscribe to all three shows call (03) 9247 4800 or email admin@theproductioncompany.com.au.