RADIO SHOCK WITH NO JOCK. 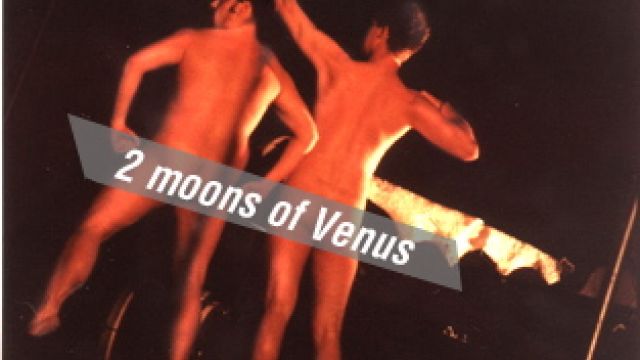 The behavior of another Sydney radio breakfast host has come under the spotlight - this time the ABC's 'squeaky clean' ADAM SPENCER.

In the current issue of Stage Whispers Magazine he reveals the details of a Naked Public Romp in the Belvoir Street Theatre in front of hundreds of people.

The pants down happened during a performance of Theatresports … and in fact has been nominated as the funniest moment in the 25 year history of the improvisation game.

It was during a sketch on Greek Gods.

Spencer and a partner came onto the stage naked.

Stage Whispers tracked down Spencer to demand an explanation.

"Julia Zemiro was challenged to do a scene in which someone calls upon the gods for help. I instantly thought ... "Greek gods - naked!" I ran the idea past Andrew O’Keefe (now of Deal or no Deal fame) who sensibly declined," he said.

"David Callan needed no convincing. We raced up the stairs to the raised entry point, stripped down to our boxers and waited, " he said.

"When Julia sought divine inspiration, she received it from the most unexpected of quarters, " he said.

"I had no idea that someone in the audience had a camera - it could well have been the brilliant comedy reviewer Dometrius Romeo, " he said.

"I was a lot larger in those days so can easily deny that it is me, " he said.

The incident happened earlier this decade while Spencer was working on JJJ.