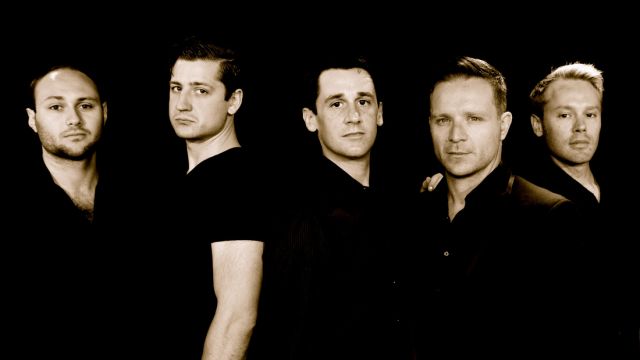 Coral Drouyn comments on some of the hottest tickets for the Midsumma Festival.

Sydney has its Mardi-Gras and Melbourne has Midsumma Festival (there’s no The) and both celebrate “Gay” Pride (Actually GLBTI) with plenty to interest those who may not be gay, but certainly are happy to share the celebration. But whilst Sydney goes all out with Mardi-Gras, which has become a huge spectacle for massive crowds to observe and applaud, Melbourne – in a more sedate and artistic mode and after a day of celebration in the park – does it with theatre and performing arts. On any given day of the year Melbourne has more good theatre than any one person could possibly digest, and during Midsumma that becomes a banquet for performance gluttons. The sad thing is that many don’t realise that this is a festival in which everyone can find something to enjoy. Already shows like Rent and Thank You for Being a Friend have enjoyed full houses and you should get to see them if you possibly can. Then there are cabaret shows, Art exhibitions, plays, same sex Dance-sports, and even a beauty pageant. But two things stand out in the theatre programming. One is Standing on Ceremony, a collection of nine short plays about same sex marriage, written by some of Broadway’s most elite writers, including Neil LaBute and Moises Kaufman. With a stunning cast including Pai Miranda and Michael Veitch, it opens at Chapel off Chapel on January 22rd. It’s warm and funny and definitely “straight friendly.” Good theatre is good theatre, after all.

But the number one ticket during the Festival for me this year has to be Mockingbird Theatre’s production of Jon Marans’ seminal play The Temperamentals. Described by gifted director Chris Baldock as “Mad Men meets Milk” it tells the true story of the founding of the first “Gay Rights” group, The Mattachine Society. But while this intelligent and clever play chronicles history, it is far more than the title (which was a slang word for homosexual) suggests. It’s a play about bravery, of standing up for who you are, of acceptance of and by those whose lives interconnect with yours. Chris explains, “Initially Mockingbird was to be a gay theatre company. But then I realised that so many of the plays I loved and had a deep affinity for were not gay plays. All plays are about people and it’s the characters that draw me to a play every time. In this play they are gay. But the deeper themes of love, acceptance, rejection, courage, integrity…these are all things that are part of humanity, part of exploring who we are. That’s why I now believe that putting a label of “gay” on something is far too limiting. No-one wants to be defined SOLELY by their sexual orientation. It’s simply an important part of the whole person. These characters are locked in a struggle because they are gay, but the same courage is required from any minority group.” Isn’t it also, I counter, a case of not wanting to preach to the converted? Isn’t it better theatre, along with entertaining, if you can provoke discussion, inform and educate? “Absolutely,” Chris agrees. “For me, it’s not a good play unless it sends you out of the theatre in the midst of a discussion, which might last for days. If a play changes one person’s thinking, it is a success”

For theatre lovers who have seen Mockingbird grow to be one of the most prominent Indie companies in Melbourne in little over a year, there is an added bonus. The director is reunited with the astonishing Angelo De Cata, who astonished audiences with his performance in Kiss of the Spiderwoman late last year. Despite his considerable talent, and a swag of awards, Angelo has never taken the plunge to become a fulltime professional actor. But recent performances have garnered him an agent and an exponential following. “He’s one of the finest actors I know,” director Baldock tells me. “Harry Hay is not a particularly likeable character, though he is charismatic. But Angelo has found such depth, such real humanity in the character that you understand him completely.” It promises to be another tour de force performance from de Cata, who says, “in some ways, I think that he was ahead of his time in terms of what he was trying to achieve with regard to gay rights. Society of the 1950’s was just not ready for him! Harry is opinionated, brash and driven, frustrated by the fact he is constrained by societal expectations and is, initially, afraid to be his true self. I am excited to explore the journey that Harry takes though the course of the play.”

This promises to be theatre of the highest orderand the limited season will sell out. I will be there for opening night this Friday and honestly, I can’t wait.

The Temperamentals is at The Brunswick Mechanics Institute from Friday 17th January to 1st February, 2014.