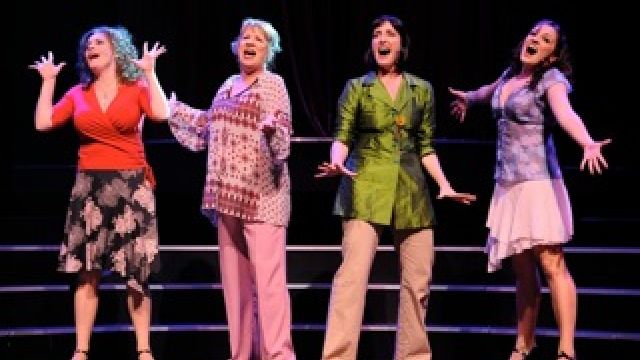 “2011 promises to be a robust and interesting year of live performance for audiences at Riverside Theatres and we are very excited about the full season announcement. We are particularly pleased about being able to announce a second Riverside Production, Transparency which is scheduled for September 2011,” said Director of Riverside Theatres, Robert Love, who this year is presenting his tenth season

Kicking off Riverside’s 2011 Performance Season is Bien-Etre’s Breast Wishes, an uplifting Australian musical about life, love, family and silicon. Meet a family of women; add a fumbling boyfriend, a well meaning husband and a bra-fitter who’s seen it all and you will be taken on a witty and heart-warming journey through laughter to triumph. 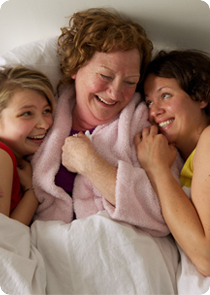 Malthouse Theatre’s A Commercial Farce tells the story of Bill, an experienced theatre director on the verge of a nervous breakdown. Enter Jules, the name that’s going to sell the tickets. Without him the show is doomed. But when Jules fails to perform the simplest of acting tasks, Bill’s raison d’être becomes teaching his young pupil the very meaning of farce. Driven by wit, cynicism and thigh-slapping humour, A Commercial Farce pokes fun at commercial theatre. 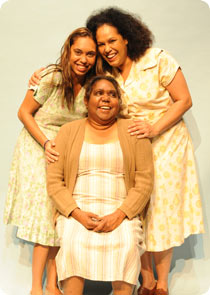 Set against the Queen’s visit in 1954, Riverside Productions’ Rainbow’s End bares the stories of three generations of Koori women, who live on the edge of a country town in a shack on the banks of a flood prone river. Under the direction of award winning Director, Craig Ilot and with the return of the powerful original cast including Christine Anu, Lillian Crombie and Chenoa Deemal and with Garth Holcombe joining the cast, this tender, funny play celebrates the fierce optimism of the women as they struggle for community acceptance in Menzies era Australia.

Set in 1945 Berlin, Critical Stages and Tamarama Rock Surfers Theatre Company’sCapture the Flag tells the compelling story of three young boys huddled for days in the sewers as the Russian tanks rumble through the streets above. Members of the Hitler Youth and desperate to become men before their time, the boys’ favourite game has changed and now the bullets are real. Capture the Flag is written and directed by Toby Schmitz. 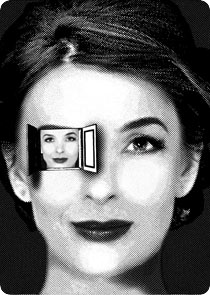 Pacific Opera presents a Manga inspired new production of Mozart’s Magic Flute. Gifted young conductor, Australian Russell Ger returns from the USA to weave his magic over Mozart's masterpiece with director Christine Douglas and completing the formidable creative trio is brilliant designer Tony Assness, creating the stunning visual world for a prince on a mission, an evil queen, a badly behaved birdman, an enlightened philosopher and a trio of hardcore women

Riverside Productions and Simply Opera are producing the premiere of a new work, Who Killed Mario Lanza? based on the life of romantic tenor Mario Lanza. He was the most famous opera singer in the world, with hit films including The Great Caruso and records sales in the millions, but he only ever sang twice on an opera stage. He was thirty-eight when he died mysteriously in a clinic. Who Killed Mario Lanza?starsleading Opera Australia soloists Aldo de Toro in the role of Lanza and Tiffany Speight as the many women in his life. Together these brilliant leading artists with renowned musical director Guy Noble explore the glamorous and tragic career of the great movie heart-throb, Mario Lanza. 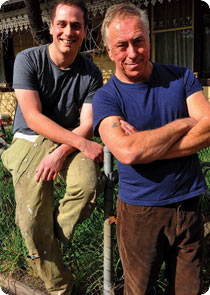 Christine Harris & HIT Productions’The Sum of Us is a touching portrayal of a father’s unconditional love for his son and the quest to find the right mate. Widower, Harry, played by Steve Bisley loves his gay son, Jeff, played by Patrick Harvey and even takes an active part in Jeff's search for Mr. Right. In the meantime, Harry finds himself Joyce, played by Nell Feeney, who may not be as understanding of Jeff.

They’re back. After a decade of delivering world’s-best-practice satire, the ever-popular Wharf Revue returns in 2011, serving up Sydney’s tastiest smorgasbord of irreverent humour, pastiche and extravagant production values. Jonathan Biggins, Drew Forsythe and Phillip Scott return to make Sydneysiders laugh at themselves and each other. 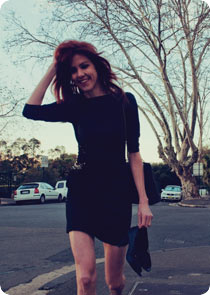 A hilarious, touching urban fable of connection and redemption, of moving and moving on, Griffin Theatre Company’s This Year's Ashes is a reluctant romantic comedy about Sydney, grief and cricket. Ellen lives a shiny life in the heart of a shiny city. In an act of escapism she turns to strangers for anonymity but is confronted when it’s not so anonymous after all. This Year’s Ashes is written by the brutal, insightful and bitingly funny Jane Bodie and joining her is one of the hottest new directing talents, Shannon Murphy.