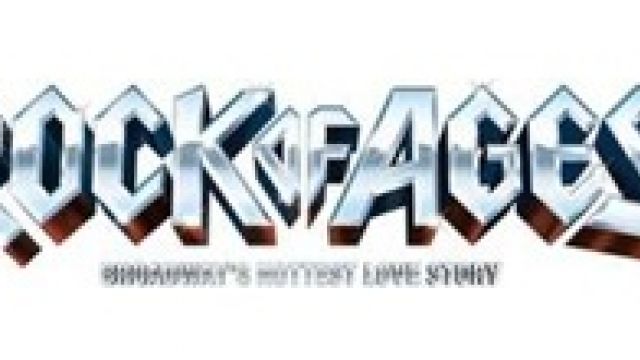 Rock of Ages, the five-time Tony Award® nominated Broadway musical, which continues to play on Broadway, across the United Sates and Toronto, will open at the Comedy Theatre, Melbourne, on Saturday 9 April 2011.

Following a massive casting search across Australia and New Zealand with the final audition in New York for the role of Drew, Justin Burford and Amy Lehpamer have been cast as the lead characters in this high energy 80‘s Broadway love story.

“There was little doubt having seen Rock of Ages on Broadway that the leading role of Drew was going to be one of the most challenging roles in musical theatre to cast. After casting the entire company we continued our search for Drew for another two months, when in Melbourne, having heard about ROCK OF AGES, Justin Burford walked in, auditioned and then flew to New York for the final audition with the Broadway creative team and producing group – we had found our Drew!”said Producer Rodney Rigby.

With a couple of ARIAs under his belt, an APRA nomination for Song of the Year‘, record sales reaching Platinum status and sold out tours in Australia and internationally with his band End Of Fashion, Justin Burford will make his stage debut in Rock of Ages playing Drew.

Rock of Agesis a feel-good love story told through the hit songs: I Want to Know What Love Is, Don’t Stop Believin’, High Enough, The Final Countdown, We Built This City and More Than Words by iconic rockers Foreigner, Journey, Styx, REO Speedwagon, Poison, Starship, Pat Benatar, Whitesnake and many more.

Set in 1987 on the Sunset Strip, Drew is a big-city dreamer who desperately wants to be a rocker, and works in L.A.‘s most legendary club. He meets Sherrie, and they fall in love to the greatest songs of the ̳80s. Big hair meets big dreams in a Rock ‘n‘ Roll comedy romance.

Producer Carl Levin said ―We can‘t wait to open in Melbourne next year, and the Australian cast we‘ve chosen is just brilliant‖, whilst Matt Weaver, Producer said ―Even when Rock Of Ages was playing in a bar on Hollywood Boulevard we would dream about one day playing in Australia...it‘s a dream come true‖.

Rock of Ages will be produced in Melbourne with the support of the Victorian Major Events Company.