SEASONS 2010 - Local and International Stars, Anniversaries and Farewells in 2010 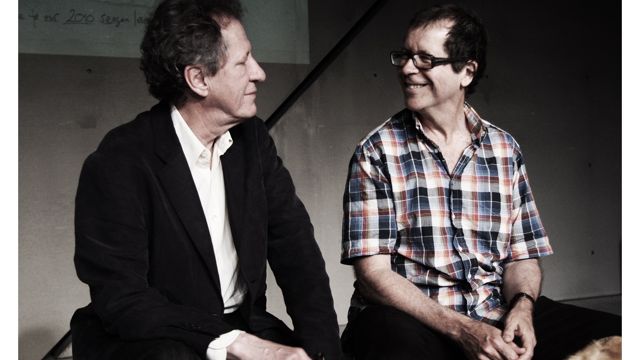 The Sydney Theatre Company has announced a 2010 season bristling with local and international stars.
The season begins with the Australian premiere of Broadway musical Spring Awakening, a musical adaptation of the minor 1891 classic by Frank Wedekind, about the challenges faced by adolescents.
Co-Artistic Director Cate Blanchett told Stage Whispers: “It was a revelation when we saw the production in New York. Admiring the Wedekind play at drama school, to see how the form of the musical actually got to the spirit of the play was a revelation to us,” she said.
She is very excited that Geordie Brookman, himself aged in his twenties, is directing the production. “He’s able to facilitate the actors realising the musical end and he’s able to elicit really deep, true performances, and when those two things marry, then for me the musical form takes off.”
She is confident the themes in the musical will make it very popular. “The issues that it deals with in terms of burgeoning adolescence and the uncharted waters that represents - we all have moved through that – it’s universal and recognisable to any culture,” she said.
In other highlights for the STC: William Hurt stars with Robyn Nevin in a co-production of Eugene O’Neill’s A Long Day’s Jounrey into Night, which will also
tour to Portland Oregon. John Bell, Richard Roxburgh and Hugo Weaving join Co-Artistic Director Cate Blanchett in Chekhov’s Uncle Vanya. America’s Steppenwolf Theatre Company bring the original production of Tracy Letts’ Pulitzer and Tony winner August: Osage County to Sydney. Philip Seymour Hoffman returns to the STC to direct Sam Shepherd’s True West.
Two Australian plays, Joanna Murray Smith’s Honour and Tony McNamarra’s new whodunit comedy, The Grenade, complete the season.

Bell Shakespeare Company is celebrating 20 years in 2010. To mark the occasion the company is staging a blockbuster King Lear in a production that will tour Australia. John Bell is playing the lead for the third time. He told ABC TV that “being an old fart now myself, I intend to play him sympathetically.”
The last time he played King Lear, director Barry Koskie made him wear a pink nightie. John Bell says he is very relieved that the nightie has long since been thrown away.Other mainstage capital city productions for the year are
Twelfth Night, and for the family audience, Just Macbeth.

The State Theatre Company of South Australia’s eight play season commences with Michael Gow’s 2008 Helpmann Award winning Toy Symphony. 2005 Helpmann winner The Sapphires follows as part of the Adelaide Festival of the Arts. Other highlights include: Arthur Miller’s The Price, black British comedy Entertaining Mr. Sloane by Joe Orton, starring Jackie Weaver, Geordie Brookman’s re-imagined production of Shakespeare’s Romeo and Juliet, with a cast of six actors and Tony McNamarra’s The Give and Take.
The STCSA will also stage their Education show, The 7 Stages of Grieving by Wesley Enoch and Deborah Mailman, in the Adelaide Festival Centre prior to an outer metropolitan and regional centre tour.

They say in difficult times people like to laugh and that’s what Queensland Theatre Company are giving audiences in their 2010 season - Comedy, Drama and Stand-up.
Douglas Carter Beane’s razor-sharp Broadway hit The Little Dog That Laughed kicks off the season. Will Eno’s Thom Pain (based on nothing), follows. A London, New York and Edinburgh underground hit, the work has been called ‘stand up existentialism.’
Neil LaBute’s award-winning 2005 Off-Broadway play Fat Pig, about obesity, and Sarah Ruhl’s The Clean House, about a Brazilian maid who wants to be a comedian, round out the four American entries.
Flying the local flag are Jacki Weaver and John Wood in David Williamson’s latest hit, Let the Sunshine.
King Lear (with Bell Shakespeare) spearheads the season’s dramas, with a revival of Harold Pinter’s Betrayal, and Andrew Bovell’s epic When the Rain Stops Falling, already being hailed as an Australian classic.
The final offering is a new dramatization by British poet Carol Ann Duffy - Grimm Tales, based on Hansel and Gretel, Snow White, The Golden Goose and Rumpelstiltskin.

The Melbourne Theatre Company’s 2010 season boasts four World Premieres and five Australian premieres. The season commences with Geoffrey Rush in the Australian Premiere of Broadway musical The Drowsy Chaperone, alongside Shane Jacobson, Rhonda Burchmore and Robyn Nevin.
The World Premieres, four new Australian plays, are Hannie Rayson’s The Swimming Club (with Caroline Gillmer and John Waters), Tony McNamarra’s satirical The Grenade (with Garry McDonald and Genevieve Picot), Daniel Keene’s Life Without Me, and Songs for Nobodies, a one-woman play by Joanna Murray- Smith, performed by Bernadette Robinson.
The Australian premieres include Noni Hazelhurst in the new American thriller Madagascar by J. T. Rogers, American comedy hit Dead Man’s Cell Phone by Sarah Ruhl (with Matt Day), Samuel Adamson’s play All About My Mother (based on the Oscar winning film) and a studio production of Marius von Mayenburg’s The Ugly One.

Company B’s 2010 season, Neil Armfield’s 15th and last at the helm at Belvoir Street Theatre, features three new Australian works and two timely revivals. Launching the season, Armfield reflected, “Clearly it’s the last time I’m going to be up here announcing the season, and that reality for me is bizarre, and sweet, and sad, but joyful. I can’t even find the right words to say how proud I am of what this company has achieved in
the 25 years it’s been experimenting on this stage. There is no place I’d rather work. It’s been fantastic.”
Among the season highlights is a revival of the great Neil Armfield / Geoffrey Rush hit Diary of A Madman. Other highlights include British playwright Polly Stenham’s celebrated debut play That Face; Love Me Tender a contemporary Australian drama by Tom Holloway, inspired by Euripides’ Iphigenia in Aulius and the Black Saturday bushfires; David Hare’s new play, The Power of Yes; a revival of hit 2004 Australian musical The Sapphires, in conjunction with Black Swan Theatre Company, starring Christine Anu and Casey Donovan and a Neil Armfield directed co-production with La Boite Theatre Company of Tommy Murphy’s new Australian existential comedy Gwen in Purgatory.

Good things, it seems, come in twos at Sydney’s Ensemble Theatre in 2010.
There are world premieres of new plays by David Williamson and Henri Szeps, and non-musical performances by musical theatre stars Nancye
Hayes and Sharon Millerchip.
Rhinestone Rex and Miss Monica, David Williamson’s fifth World Premiere at the Ensemble, opens in September. Henri Szeps third play, Wish I’d Said That, opens in December, with Szeps playing an actor, now in a retirement home. Unwilling to retire, he performs all the great roles he never got to play to his fellow inmates.
Nancye Hayes appears in the comedy thriller Murderers from September 30, while Sharon Millerchip appears in Neil Simon’s The
Last of the Red Hot Lovers from November 25.

Bliss Year for Opera Lovers in 2010

From the Year of the Tenor in Perth to World Premieres in Sydney, Stage Whispers looks at Opera highlights from across Australia and New Zealand next year.

Victorian Opera’s 2010 season, dubbed “The Year of the Woman,” includes four full operatic works, two concerts and two new Australian commissions. Each opera deals with an aspect of woman – the woman betrayed, adored, scorned, the woman as schemer, as conqueror, the woman disconsolate and the woman as a winner.
The season includes Handel’s Julius Caesar, a double bill of William Walton’s The Bear and Jacques Ibert’s Angélique and Benjamin Britten’s The Turn of the Screw, as well as a co-production with Malthouse Theatre of The Threepenny Opera.
The annual concert at Hamer Hall is Hector Berlioz’s The Damnation of Faust.
Other Victorian Opera activities include Sing Your Own Gilbert and Sullivan Operetta and a free summer concert at the Sidney Myer Music Bowl.

“Opera Magnifico!” is the marketing slogan for Queensland Opera’s 2010 season.
Chief Executive Chris Mangin announced the season, having just been to the opening night in Santa Barbara of Stephen Schwartz’s new opera Séance on a Wet Afternoon. Queensland Opera are co-producers with Santa Barbara Opera. Next step is getting the opera up on the East Coast of America, and later Australia.
Donizetti’s The Elixir of Love, set in the outback, leads off the season on May 15, at the Lyric Theatre, QPAC. July 10 sees a new production of Franz Lehar’s The Merry Widow, starring Antoinette Halloran as Hanna Glawari and Jason Barry-Smith as Count Danilo Danilovitsch. Finally Graeme Murphy’s production of Verdi’s Aida will be remounted at the Lyric Theatre, QPAC, with Zara Barrett as Aida and Julian Gavin as Radames.

Opera WA Artistic Director Richard Mills has dubbed 2010 the “Year of the Tenor.”
“We are proud to present five fine artists: Anthony Dean Griffey, Garrett Sorenson, Angus Wood, Stuart Skelton and Aldo Di Toro. The main stage operas for 2010 could also be seen as fables of tragic and romantic destiny: each one the product of genius, each one so strikingly different in form and content, and each one offering unique possibilities to the outstanding singers who will bring them to life on our stage”, he said.
“The year begins with the most important British opera of the twentieth century, Peter Grimes, in a new co-production with Opera Australia and Houston Grand Opera, directed by the legendary Neil Armfield”, he said.
Making up the opportunities for tenors (and sopranos, altos and basses) are Cavalleria Rusticana and Pagliacci, La
Sonnambula and Carmen.
Richard Mills is also hopeful of a crowd of 15,000 to a free outdoor performance of The Mikado.